Minister Mara Carfagna maxim and the true reasons of the escape

November 22, 2010
Stories and News No. 274
Maxim is the most searched, associated to the Italy Minister for Equal Opportunities Mara Carfagna, word in Google.
Maxim is an international magazine, famous for pictures of actresses, singers, and female models, that showed some sexy photos of Minister Carfagna.
That is why leaving only the title of this post I would have said much.
Too much, I think.
Too much, I repeat, for a Minister of a Republic that is worthy of the name.
Am I wrong? Am I a moralist?
Tell me which country in the world, more or less civilized than Italy, have a Minister more famous for her body than the reasons which she is paid by the people for.
Since I do not want to limit myself to that much or too much, I am going to say the rest.
"The measure was full, I will not give up. I come back only if I Silvio listen to me," Minister Carfagna said commenting on the recent crisis that has opened between her and Berlusconi’s party.
I read that the casus belli was an alleged clash with Alessandra Mussolini, another deputy who owes her current fame to not political merits, since the most searched associated to her keyword is video, hard video…
I found many other interpretations of what are the reasons for minister crisis, however, I thought that the best way to clearly see the things was to visit her website and read her opinion.
Carfagna has published a post titled Point by point, the reasons for my resignation policies.
Thus, we have the news, the views of the media and the official position of the protagonist.
So there is almost the whole picture.
The only thing missing is…
The Story:
Once upon a time there was a land that we may call Italy.
Call it as you want.
This is an invented story and in the invented stories the most absurd things happen.
In reality they are impossible…
In this land there was a girl named Maria.
She was a beautiful girl.
So beautiful that twenty-two years old she arrived sixth in Miss Italy and was crowned Miss Cinema.
Like many of her generation, she wanted to work in television.
Not all make it, but Mary did.
In fact, three years later she came on television, becoming one of the so-called quick-known faces.
Not only for the face, of course.
Mary worked as a model for a famous magazine, performing incredibly sexy poses for an exciting calendar, which became in a few days a must see for truckers or otherwise.
Among the otherwise there was the most powerful person in the country - an old full of money man – who publicly said this: "If I were not already married, I would immediately merry her."
That was a very misguided statement, since obviously the rich old guy's wife did not like.
Well, the old man was like this: he spoke and then… thought about? No, he said other bullshits.
And here is the turning point.
Maria suddenly took the political field, passing from television studios to the benches of parliament as the bag in the basket of a helpless old lady on the busy subway car at rush hour goes in the hands of a skilled thief: with blinding speed.
Thus, just a year after the calendar, the beautiful girl was elected in the horny old man’s party.
Now, let's assume that the latter ended up in the most difficult moment of his life and that for the first time he had seriously to come to a trial.
Being honest, if you were Mary, you would be loyal to the old man or, at the first opportune moment, you would find a reason to run fast away from him? 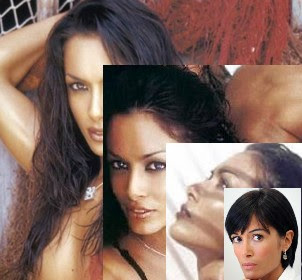 The News: Contrasts in the PDL, Mara Carfagna to resign.
Stories and news: “invented” Stories, fruit of my imagination, inspired by “true” media News.