December 03, 2010
Stories and News No. 283
Reading the latest revelations about Berlusconi Wikileaks, I was going to write another vitriolic post about him, when I felt in a sense of disgust.
I did before, but this time it was so strong that it can not be ignored.
The fact is that while I hesitated with the fingertips suspended on the keyboard two faces came to my mind, making me feel once again split in two between news and stories, among the current and the soon forgotten facts: the prime minister and his parties and one of the students that these days are taking the streets to protest.
Well, sorry for the expression, but I felt obliged to say fuck the old man and give the post to those girls and boys…
The Story:
Dear students,
undeservedly making the words of Martin Luther King as mine, I am sending you this letter. I'm here to write on this blog because in my country the injustice reigns. I can not stand idly sitting at my computer and do not worry about what happens to you. Injustice anywhere is a threat to justice everywhere. Everything touches one directly affects all indirectly. Anyone living in this country can not be considered a stranger within its borders.
Those who blame you, who deplore the demonstrations that you took place, are wrong.
It was unfortunate that the demonstrations have taken place but is even more unfortunate that the government has left no alternative to the students’ community.
The fact is that the injustice engulfs this country and the school is probably the most meticulously struck world in our country. Based on these conditions, students have tried to negotiate with the government, but the latter refused to engage in a good negotiation.
Some asked: "Why the manifestations? Why sit-ins, marches and so on? It is not negotiation a better path?"
They are almost right to demand a trade. In fact this is the real purpose of the manifestation. The non-violent protest attempts to create a crisis that forces tension and encourages a community that has been constantly refused to negotiate, to deal with the problem. It seeks to dramatize the issue so that it can not be ignored. And I am sure you have no fear of "tension" in the world.
Someone else asked: "Why not give the government time to act?"
The only answer I have to this question is that the government should be pushed to the problem. History teaches us that it was not made a profit in your individual rights without determined legal and nonviolent pressure. Pain is a historical fact that privileged groups seldom give voluntarily up their privileges. Freedom is never voluntarily given by the oppressor; it must be requested by the oppressed. Too long delayed justice is denied justice.
Perhaps it is easy for those who have never had your problems to say "wait," but if they had the courage to be in your place, really, to feel the enormous sadness of those who know they have infinite capacity, dreams and plans and horizon getting smaller, then they would understand why you find to wait so difficult.
Some expressed a great sense of anxiety about your possible intention to violate the law. This is certainly a legitimate concern. However, a question is important: "How can you not respect some laws and obeying others?"
The answer lies in the fact that there are two types of laws: right and not right.
Each of us has a moral responsibility to disobey not right laws.
How does one determine whether a law is right or not right? That is simple. Every law that elevates the human personality is right. Any law that degrades human personality is not right.
Sometimes a law is right in appearance but not right in its application. For example, let's assume that some of you will be arrested during a demonstration is not allowed. Now, there's nothing wrong with an ordinance requiring a permit to do the demonstrations. But an ordinance becomes not right when it is used to deny citizens the privilege of peaceful assembly and protest. We should never forget that everything Adolf Hitler did in Germany was "legal" as the help and comfort to the Jews was "illegal".
I have never written before a so long letter. I'm afraid of having abused too much of your precious time. If I said something that exaggerates the truth and indicates an unreasonable impatience, I beg you to forget me.
I hope this letter finds you strong.
Yours,
Alessandro Ghebreigziabiher
Free adaptation of the Letter from Birmingham Jail, Martin Luther King. 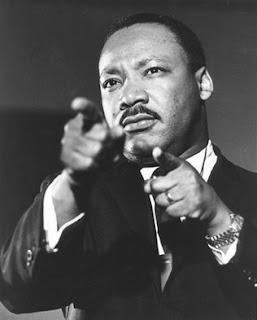 The News: Students return to the streets in Palermo and Naples.
Stories and news: “invented” Stories, fruit of my imagination, inspired by “true” media News.