December 21, 2010
Stories and News No. 294
Today, the 21st of December 21, 2010, is a day that will certainly be remembered for some reasons.
For example, many of you will know that 1:33 a.m. in the U.S. (at 5:33 by the UT-Universal Time) the last lunar eclipse of this year has started, ending at 5:01, again for the United States watch.
But today is also the winter solstice, when the axis of rotation of the Earth reaches its farthest point from the Sun.
The coincidence of the two events makes today the darkest since 400 years.
In fact, the same phenomenon dates back to December 21, 1638.
In the dark, among other things, we sleep.
When we sleep, we often dream.
And when we dream, sometimes we are lucky enough to get a good dream.
I dreamed that with the moon even Berlusconi disappeared.
And here is…
The Story:
In the middle of the night of this December 21 I woke up upset.
The moonlight was gone.
The moonlight was gone and with her the moon itself.
However, I had no fear.
I have never been really afraid of the dark.
While I have learned to trust what my eyes see, over time a reassuring awareness grew in me: there are more enlightened dangers than shadowy enemies.
Besides, the darkness gives you something enormously valuable.
Everything you image hidden inside is only the fruit of your imagination.
It can not really hurt you.
So I fell back asleep and I had a dream.
That was the most beautiful dream of the past fifteen years.
With the moon Silvio Berlusconi disappeared too.
Not in the sense of a vanishing person.
Can you imagine TV talk shows dedicated to the Italy premier, with his nasty friends crying and asking sanctity for him?
It would be a nightmare, not a dream.
No, mine is a wonderful vision, because in the Italy where I woke up, Silvio was never born.
He has not started a political career in '93.
There was no Forza Italia before and not even then the People of Freedom.
He has not Mondadori, because he was not able to buy it.
Do you think what does this mean?
A Left person may publish a book with Mondadori without being accused of inconsistency, as it happens now.
The inconsistency of the Left is its greatest weaknesses, isn’t it?
There were no dictator edicts from Bulgaria and we would still watch Daniele Luttazzi and Sabina Guzzanti on Rai Television.
In my dream Enzo Biagi is still alive, because I am convinced that if he had not been treated that way, probably he would still be with us, telling us the facts of the day.
Even Mario Monicelli, living in a totally different Italy, maybe, would have preferred to remain here.
In my dream, with no Silvio, there is not Mediaset.
So there is no immoral stuff like Studio Aperto and Amici di Maria de Filippi, to name two at random.
In my dream Emilio Fede must find a real job and Alfano, Schifani, Previti and Dell'Utri too.
Or, keep doing what they did before, with all the risks involved.
In my dream Gianfranco Fini has to find a way to say what he says today alongside with such persons as Ignazio La Russa and Maurizio Gasparri.
In my dream we never had any Ministers of the Northern League, because they have not found anyone unscrupulous enough to entrust such responsibility to such a jumble of people.
In my dream, the Left has no more Berlusconi around which divide or unite, but one and only way: to be the Left.
Or not be.
In my dream, Italy is not a paradise.
It is a country like many others, with its problems and contradictions, with unemployment, traffic, bad weather, etc.
But it is a land where there is not a so powerful man as to make millions of citizens to be ashamed of born there… 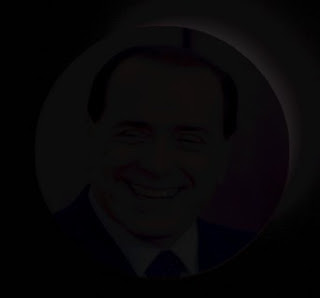 The News: Lunar eclipse and winter solstice: December 21, 2010 is the darkest day since 400 years.
Stories and news: “invented” Stories, fruit of my imagination, inspired by “true” media News.