January 13, 2011
Stories and News No. 299
In my humble opinion, the debate around the vote by the workers on the agreement between the Mirafiori plant and its employees gives us another snapshot of the farce that we normally call the Italian political debate.
Do you know the Italian political debate? It is a succession of wisdom’s pearls by the distinguished statesmen who paraded before the microphones of the national TV news.
The ridiculous and, at this point, very irritating thing, is that in our country many people still talk of Right and Left, speaking of Berlusconi’s People of Freedom and Democratic Party.
Let me explain.
Although that was not so easy, I found Mirafiori agreement’s file.
It promises among other things: investments, more production, better salaries of due to more work hours (from 10 to 17 shifts per week), less 10 minutes to the break, the absence of recognition for the first day of illness and above all - what I found most striking – the only unions officially accepted in the company will be the signatories to the agreement and their leaders will be nominated by the company.
Reading the reasons for the yes and no, I do not think it takes a genius to understand which side a Rightist and a Leftist person should stand for…
The Story:
Once upon a time there was a plant.
The owner of the plant was a typical one.
You know how the owner is.
He wants to be obeyed.
If he is the owner of a plant, he wants to be obeyed by the workers.
Especially he wishes to get rich thanks to the plant.
The plant makes the owner richer if sells many products.
And the plant, to sell many products, must produce as much.
That causes proportionate increase in employment for the workers.
The workers want to work in the plant.
That is not because they like it.
And not even to get rich.
Maybe they could.
They wish to work in the plant because they need money to support themselves
and their families.
Without easy moralism and hypocrisy, it is understandable that the mere and absolute interest of the owner and the workers’ one can not and will never completely coincide.
Trivial example: if workers work three times the normal and with one third of their rights, production increases, hopefully the plant sells more products - although this is still to prove... and the owner has its primary and absolute interest satisfied.
In other words he becomes richer.
What about the worker?
Despite what the owner might think, the primary and absolute interest of the worker is not only working in the plant and earning enough money for his family.
It is also to live with it, to make love and go out with her or his partner, to play with his children, listen to them when they have a problem, stay close to family and friends.
Simplifying, he wants to have a peaceful life.
That is why the workers need someone to support their arguments, defending their rights and being adamant before any attempt to deprive them of life which they are working for.
Otherwise, the definition of workers is no longer good… 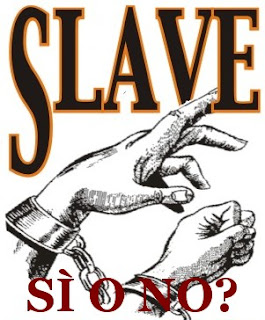 The News: Mirafiori, today and tomorrow's vote on the recovery plan.
Stories and news: “invented” Stories, fruit of my imagination, inspired by “true” media News.