Italy dead baby in the street: 10 questions to the government

January 10, 2011
Stories and News No. 296
Maybe because I am a father or maybe it is an incredibly shameful fact for a country that defines itself civilized - minimally civilized, but I can only feel the horror in my heart reading that on January 4 in Bologna an only twenty days infant died in the street, formally for of respiratory crisis; informally, of starvation.
That is, cold and hunger.
He is dead in the street because he lived on the streets since days, along with his entire family, his parents, a twin brother and a sister.
They are an Italian family.
In this case people can not store it all with the usual outrageous sentence, which I really heard: "Poor immigrants… Anyway, it is not for malice, but why they don’t stay in their country?"
Someone probably will say that these things happen, that nowadays life is tough.
Today there is the crisis and if you really want blame someone here are the parents of the unlucky baby.
Or maybe, you should crucify the Bolognese citizens or else the social services and the municipal authority, if you really want.
From my hand, I am not here to accuse.
I have questions.
The questions that, if I were in the shoes of the survivor twin, I would put to my country’s government...
The Story:
1. Can you look into my eyes telling me that we did better than other European countries?
2. How do you present in Parliament or in the Senate except to do something for those who have nothing to eat and a home?
3. How many children have to die, to realize that you have failed?
4. If a family lives in the middle of a street don’t you think that something is not right in your work?
5. Many of you say of being Catholics: What does a homeless family wandering in search of shelter for the night remind you?
6. Do you think that I will forget my brother without asking me first the reason for his death?
7. Do you think that I do not deserve a reply because I am only twenty days old and it will take a long time before I will vote?
8. What percentage of your salary would have allowed my family to survive?
9. How do you sleep at night knowing that such misfortunes happening in the country ruled by you?
10. Finally, last question: how you manage to fool people and make you vote in spite of all this? Well, if you have that power, maybe you can give it to me.
I would trick the time, turning the clock back up to that fateful night of nine months and twenty days ago and I would whisper in my parents ears: go, go away from here, my brother deserves to live… 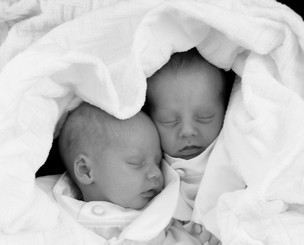 The News: Bologna, an infant died in the cold.
Stories and news: “invented” Stories, fruit of my imagination, inspired by “true” media News.