January 24, 2011
Stories and News No. 306
"I do not think the bishop will be offended if I say that he is ignorant. In the sense that he ignores what is happening there."
So the minister Ignazio Larussa replied to the bishop Mattiazzo, which had said: "Of course I am sorry that this young man is dead. However, let's plan with the exaltation of rhetoric, let's not make them heroes. Those are not peace-keeping missions."
The young man is Matteo Miotto, the Italian soldier recently died in Afghanistan.
I'm not going to enter the controversy about what a hero is or not.
For my part, I remain faithful to Brecht's famous motto: Happy is the country that does not need heroes.
And we all know how much our country needs happiness.
I wish to comment on the words by Italy minister of defense.
Larussa calls the bishop ignorant in the sense that he ignores what is happening there.
There…
Does he mean Afghanistan with there?
And when he refers to what happens, is he talking about the actual war in Afghanistan?
If so, this implies that he perfectly know what happens there…
The Story:
Once upon a time there was Ignazio.
Ignazio of course knew that the war in Afghanistan began Oct. 7, 2001 by decision of the U.S. government led by George W. Bush, responding to the 11 September tragic facts.
Ignazio was of course aware that, as Bush himself said, the objective of the mission was primarily to defeat Al-Qaida and capture Osama Bin Laden, believed to be primarily responsible for the massacre of the twin towers.
Objective never reached, because false, Ignazio recalled.
As Ignazio was aware of the fact that the United Nations Security Council did not authorize the invasion by the U.S. and British armies, since it establishes that all members have an obligation to resolve their disputes peacefully and that the military action is only permitted in self defense.
Ignazio remembered accurately that Italy joined the Isaf mission, to support the Afghan government, only after 20 December 2001, when the first formal resolution by the United Nations arrived.
So without being a genius, Ignazio might understand that although his country had intervened in support of the local government, it had made in an invasion of a sovereign state without authorization by the United Nations.
That is, an act of war.
Some studies have suggested that because of the latter about 35,000 civilians died in Afghanistan, mostly women and children, a number that Ignazio knew.
If Ignazio was the Italian Defense Minister, he would have the obligation to not ignore anything about that.
Otherwise, it would be too good to call him ignorant in the sense that ignores… 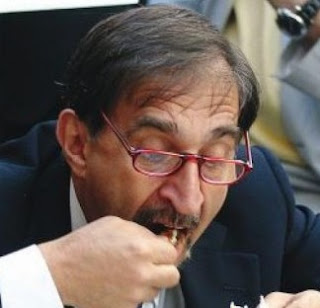 The News: The bishop Mattiazzo: the soldier killed in Afghanistan is not a hero.
Stories and news: “invented” Stories, fruit of my imagination, inspired by “true” media News.