If not now when do we stop the parliament? Republican self-defense

February 22, 2011
Stories and News No. 327
I recently read a news item that I like.
Sometimes it happens.
From the pages of Micromega, the director Paolo Flores D'Arcais, the writer Andrea Camilleri and the Literature Nobel Dario Fo and others subscribed a request to the political opposition to make a practical Republican self-defense 'solemnly and immediately proclaiming a systematic and permanent blocking of the Parliament on all measures and by all means that the law and regulations provide, up to Berlusconi's resignation and subsequent elections'.
The following motto, which has become the slogan of the Italian current political moment: If not now, when?
Blocking of the parliament, this is a coherent action.
The only one, if you have a minimum of intellectual honesty, facing with the majority in power in today Italy.
If not now, when?
I like these words even more than the news above.
I love those phrases that can best sum up a moment of particular significance.
Once uttered, they become universal and valid for every place: in Tunisia as in Egypt, in Algeria as in Libya, in Yemen as in Iran and so on.
Yet here, despite repeated upheavals in the streets, most of the current parliamentary opposition - except rare exceptions as Antonio Di Pietro - shows some difficulties to consider the so-called radical choices.
However, observing the last years of government, what is most radical of a party ruled by an absolute and unquestionable guy as Berlusconi is?
I repeat again, the coherent action is one and only one, and it makes me happy to know that is officially required by such a list of signatures.
On the other hand, you only need to take a look at…
The Story:
If not now, when?
If not now when, Noah said, watching the rain pouring outside the window, before starting to build the ark.
If not now when, the Beagle Boys agreed on seeing Uncle Scrooge going to search of yet another treasure with Donald Duck, before to attack and rob him.
If not now when, the mirror said to pirate Black beard advising him to shave, before going on a first date with the daughter of the Red Corsair.
If not now when, Roberto Benigni must have thought before running and jumping like a madman when he was awarded with the Oscar.
If not now when, are the exact words Michelangelo Buonarroti heard in his dream the day before deciding to paint the Last Judgment in the Sistine Chapel.
If not now when the little old woman cried to spider man asking him to climb up and pull down his cat from the tree.
If not now when, Captain Kirk asked on a planet that was to explode to the phlegmatic Mr. Spock, because he was uncertain whether or not to start the remote transport.
If not now when, it is rumored Jack Kerouac have replied to a motorist who had asked him why he went around the country alone, and especially so young.
If not now when, Popeye have thought before eating his first plate of spinach - food that in his youth he did not like at all, this is a scoop… - and then run to save Olive Oyl from Bluto.
If not now when, Captain Nemo - called by the crew Captain “Churl” Nemo, another scoop… - before leaving for a trip of no less than twenty thousand leagues have replied to the gas station attendant who asked him why he wanted full gasoline.
If not now when, those who know when it comes time to do the right thing said and cried and always will say and cry.
And if not now when, many said and cried and always will say and cry to them, waiting they do the right thing.
If this were not enough, as far as I'm concerned, if not now when I said when I gave my first kiss to my partner.
And if not now when she must have thought, otherwise we would still be not together… 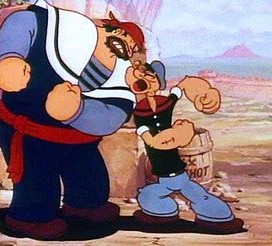 The News: IF NOT NOW, WHEN? Modest proposal to parliamentarians of the opposition.
Stories and news: “invented” Stories, fruit of my imagination, inspired by “true” media News.