Monsignor Paolo Rigon, homosexuality is not a disease to cure: ignorance is 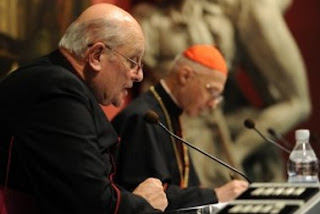 The News: Monsignor Paolo Rigon: "Homosexuality? A disease to be cured."
Stories and news: “invented” Stories, fruit of my imagination, inspired by “true” media News.