Libya War: after Gaddafi I will be the leader

March 24, 2011
Stories and News No. 343
The Story:
I will be…
I was before too.
The fact is that when someone says it, many do not hear, for various reasons.
Demagoguery, rhetoric, bias, there are many words used to store it.
On the other hand, you have to admit that if I am personally telling you, that deserves greater attention.
Anyway, my words will remain here; ready to be denied at any time.
So I defy you to do so.
Not just today.
Come back here tomorrow, if you have time.
The day after tomorrow too.
In a year or two, when you want.
I know that time is my best witness.
Time…
As I said earlier, I was the leader of Libya before Gheddafi, even before this war.
Or a humanitarian mission, as you prefer.
Rather, let say a humanitarian war, so everyone is happy.
That is the main reason of my power: I make everyone happy.
Everyone that matters, of course.
But let's get to the evidences.
Of course you want evidence of what I say, isn’t it?
I have come to light in Libya in early 1950.
My coming brought great joy.
And despite what you may think, my black, incredibly black skin was the real reason for my success.
However, the 1955 law did not allow me to share my whole fortune with my fellow citizens, only half.
The rest was for the others: the outside friends.
Well, I remained the true and only king of Libya, the man who holds absolute power, the power to determine the fate of my country.
And I have this power since my arrival on the scene.
For me, just for me in 1969 the king was deposed and Gaddafi assumed the title of alleged leader of the country.
Just for me he decided to nationalize all industries, closing the foreign military bases, and only thanks to the benefits of my presence in 1977, the Libyan government was able to build roads, aqueducts and various plants.
From that year now, the annual income per capita of Libya is the highest in Africa…
My international popularity has naturally attracted attention abroad.
So, my Agent has worked hard to organize tours in Italy, Germany, Switzerland, Holland, Spain, Cyprus, Monaco and France too.
By the end of sanctions, since 2004, also the United States opened their doors.
Now we arrive to the humanitarian war, to be precise, the war against the evil dictator.
The fact is that even after Gaddafi I'll always be the one who decides the fate of my land.
I will be here, in Tripoli, in October 2011, to celebrate my party as every year.
When and if the colonel will be defeated, someone else will come in his place.
If things go as the foreigner friends hope, maybe they will tell you that the country will finally have a more democratic government.
I know that that man will ever have to deal with me.
And like his predecessor and his successor he will be here with me.
I know it's hard to accept.
If what I say is true, anyone in the world should really ask who is boss in his country… 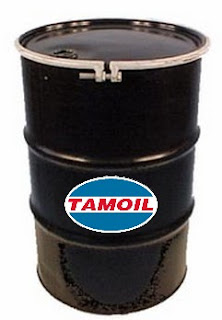