April 06, 2011
This morning I make my blog even more unpopular.
I read that last night a vessel carrying at least 200 people sank near Lampedusa Island. As far as the Italian Coast Guard report, 47 were rescued, while about 150 are still missing.
I said people because at least on this blog they are people, or humans.
Then I read the update of the tragedy: the missing down to 130, as 20 corpses have been sighted at sea.
Now I said corpses.
A corpse is a corpse, even if an illegal immigrant rather than a refugee.
Well, let's be honest, okay?
There is racism in our country, in many people.
How many, I wonder, how many front of the TV - because most people are there that takes 100% of the information - looking at the images from Lampedusa has heard a bit, I repeat, a tiny bit of compassion for those people?
I am talking about compassion, true compassion, in the belly and not just with words.
Oh yes, because the only words of the so-called good thinking person is the ideal justification for explicit racist, who usually calls the former hypocrite.
There is no difference between them and you know better than me.
Being on the side of the last ones does not make anyone comfortable.
This is what those people are.
This is the reality, nothing but the lounge chats.
A person who abandons his land, family and friends, to die drowning in the hope of reaching a country where few people really know what respecting human rights means is the last one of this world.
Hey, I am talking to you that write this hypocritical dumb shit in the comments or email.
Is realizing that those who risk life to save their ass deserves respect a feel-good guy?
But the problem is not just that.
The real problem, indeed, the tragedy is that in my country when it needs to be near the last ones, as the so-called 'gypsies', 'immigrants', 'homeless' in a few, surprisingly few are willing to expose.
As this post, it does not pay.
How many times I write about these topics?
I have already said.
When I write something about Berlusconi is one thing.
When I write about these arguments the music changes.
You know like me that too.
How many years have these horrible center-right governments in Europe used the immigration fear flag?
And how long, who should have an alternative thought, did not show the courage to really put the other side?
I am not referring to strictly one-day events, engaged themed evenings in the libraries of the city center, intercultural actions that should not discomfort the higher floors, and especially the so called 'migrant writers'.
What part do I say?
That is simple.
The place with is nothing to gain: the place of the last ones.
That's why for many, so many, cynically in every side, when those people disappear into the sea is good news.
There's no need to reject them, to be called racist, and even dare to defend them, to be named feel-good.
More than good news, these are the best… 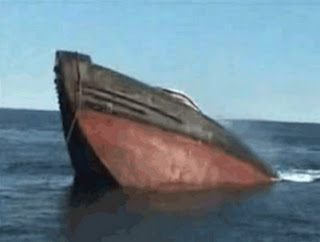