May 23, 2011
Stories and News No. 348
Manal Al-Sharif is an activist woman fighting for the rights of women in Saudi Arabia. She was arrested for violating the ban on women driving uploading to YouTube a video of her on a car:
The Story:
Manal Al-Sharif is free to drive.
It would be as part of her rights.
She is adult and capable of discernment.
An Italian macho motto says: Woman driving, a constant danger.
Well, apart from such ‘clever’ proverbs, as a woman, Manal is free to drive for a fact of simple logic: the logic of the facts.
We have just take a look, even fast, to the last thirty years...
Simply watching the consequences of driving by many men.
What good has the government by a man as Saddam Hussein brought to his country?
And what will a man like Gaddafi leave to his fellows?
What have Egyptian people tolerated before man Mubarak’s end?
And as for Tunisian people until being free of the man Ben Ali?
What did Arab people gain through the passage on this earth - real or perceived – by a man as Osama Bin Laden?
Then, expanding our horizons all over the planet, what benefit has the man George 'War' Bush led to the Americans who twice elected him?
How much do the Russians loose, in democracy and freedom, every single day, for having as President a man like Putin?
What convinced the British citizens that a man like Blair would have been a true Labor prime minister?
What does Silvio Berlusconi make think that being a man means to tell sexist jokes with friends and partying with underage girls?
Here, I could go on for two more posts.
These are only a few men that, with disastrous results, have driven or still surprisingly drive the way of millions of people.
Imagine if they deserve the right to drive a car…
However, if they have got it as men, well, then women not only can drive too.
They must… 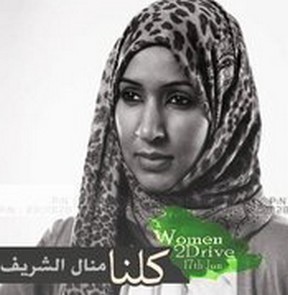