The New York Times Names of the Dead

May 17, 2011
Stories and News No. 347
The Story:
Once upon a time there was the New York Times of May 17, 2011.
I am referring to the online version.
Whatever you may think, we're always talking about the New York Times, not the Duckburg Newspaper, with all due respect for its editor uncle Scrooge.
Just to remember, the NYT has won 106 Pulitzer Prizes.
So, reaching its home means being on the roof of the world information.
There are people who would give anything for that privilege, isn’t it?
How many of us would sacrifice something of value in exchange for an immediate popularity?
A flourish, a sensational action, an unforgettable exploit and here come the paparazzi shots.
"I saw you yesterday in the newspaper! I read about you! Do you know that you're photogenic? "
And so on, pumping vanity in that constantly thirsty ego.
However, in all things there is always a catch, in New York Times home too.
For example, consider the world news section.
What a success being in that page means.
Well, do you wonder who are Amaru Aguilar, Kevin B. Balduf and Benjamin J. Palmer?
Wait... don’t search them on Google.
Can you tell me who owns these names?
I think not.
Yet there is an article about them on the home page dedicated to news from the world in the New York Times.
A long page long, that is an advantage of the web.
To be precise they are not in the first part, which obviously has taken by Strauss-Kahn’s scabrous story: 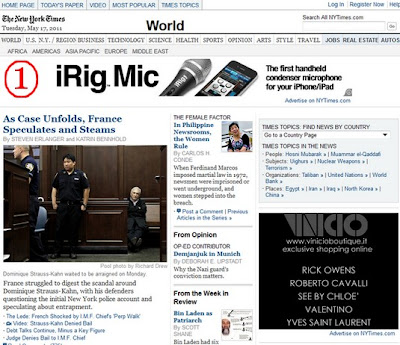 They are not even in the second one, where the U.S. next visit in Israel and the aftermath of Bin Laden’s killing have got precedence: 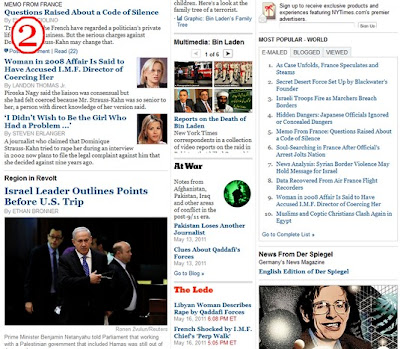 They are not in the third too, where there are still news on civil war in Libya and after earthquake in Japan: 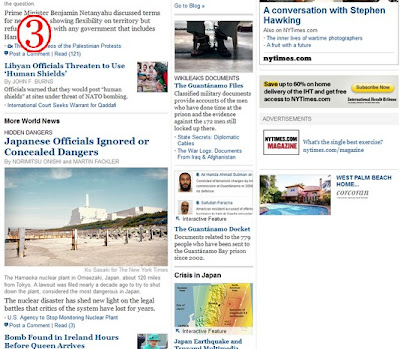 You will not find them also in the fourth, where analysis of the foreign orchestras tour in the States and the China visit by Pakistani Prime Minister get more attention: 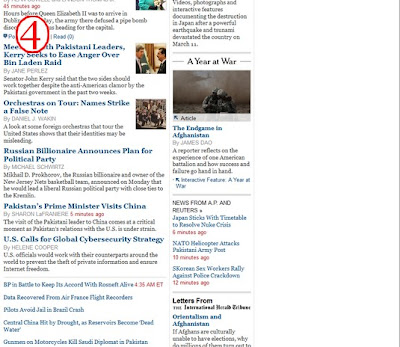 To catch the bingo you should carefully browse the fifth and last part of the home, even after an article on Berlusconi’s defeat in Milan elections and another one Armenian language course by Turkish university…
To be honest, there is only the last line: 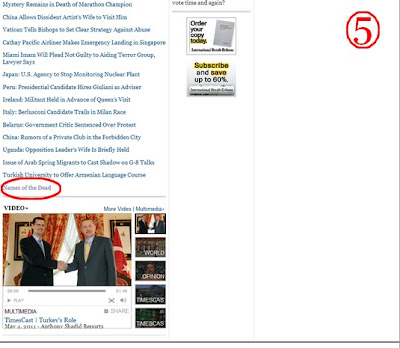 Here's the latest news: Names of the Dead.
And here's what it says in their memory:
The Department of Defense has identified 1,560 American service members who have died as a part of the Afghan war and related operations. It confirmed the deaths of the following Americans this week: