May 02, 2011
Stories and News No. 346
The Story:
I have Bin Laden’s successor:
Like Osama, he began working in construction.
And like Osama, he had more than one wife.
Like Osama, as a young man he has decided to stand against the Communists.
And like Osama, since that time he had the support of big powers, like the United States, officially or unofficially.
Like Osama, he has increased his involvement in the fight by joining a powerful secret organization.
And like Osama in 1998, he has showed public opposition to his detractors with an edict or fatwa.
Like Osama since 2001, he speaks through questionable videos.
And like Osama's beard, he is analyzed on color and length of his hair.
Like Osama, he has always been the subject of confirmations and denials on his statements, appearances, and in general everything about him.
And like Osama, he is obsessed by his enemies, always present in his public speeches.
Like Osama, he claims to be a God believer.
And like Osama, he brings up religion when he needs to divert from his crimes.
Now it seems Osama is dead.
And you know how much Americans and the general the Good ones in the world need an enemy on the horizon.
Yes, I know.
There would be Gaddafi…
But after that?
We need to think about later.
Mine is perfect.
He also has the country to finally export democracy… 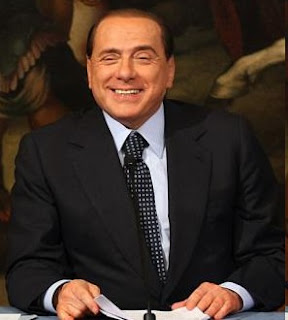 The News: Bin Laden Is Dead - But Al Qaeda Lives On.
Stories and news: “invented” Stories, fruit of my imagination, inspired by “true” media News.