This story is in my book “Il dono della diversità” (The gift of diversity), Tempesta Editore, Rome.

Italy I would like to see is nothing extraordinary.
It is not the adolescent dream of a naive and deluded guy.
It is also not a perfect country , such as the stories with inevitable happy ending.
Living in a perfect country would make no sense to me.
I love to get up in the morning knowing that there is something to fight for.
Something to make better.
Starting with myself, of course.

Italy I would like to see is not the richest nation on the planet.
The people buried on this earth taught me that although without any money, especially without it, you are able to create such wonderful works, thanks to that inestimable gift which is called imagination.
That imagination that is priceless, so you cannot buy it on ebay.
That same imagination which made me be here now, literally.

Italy I would like to see is not heaven.
I have no desire to spend eternity singing hymns suspended on the clouds .
I'm too interested in what goes on under them.
Although I love the idea of finding two tabs on my back, able to make me soar high, away from the madding crowd and all the so-called problems, misfortunes, difficulties of earthly life, my eyes would force my head to tilt down.
It would drag me down, deeper and deeper, into the most hidden and unfortunate south of the earth.
Who loves the stories knows it is there and only there that the most beautiful ones are born.

Italy I would like to see is not the country of the good citizens.
It is the land of immigrants like my father, who worked honestly all his life, reacting to ignorance and fear with courage and dignity.
That is the Italy of Italians we can meet every day, not to worship on TV or movies, but on the streets or for a moment in the crowded subway.
I am talking about Italy made of people who dedicate their lives to happiness, without feeling entitled to steal it to others.
That Italy is here, now , before our eyes, but we have not yet found the strength to look at.

This is Italy which corresponds to the sound of our hearts, that deserves something better, first of all by ourselves. 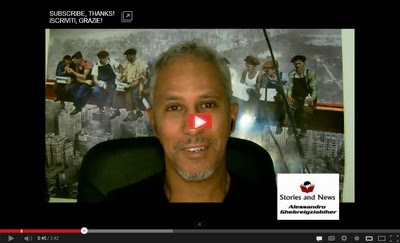