Once upon a time there were two parents.
They had an only son, and, as almost always happens, both had placed on him hope in the future.
In the past, when becoming a mother or father was just a word waved on the horizon, these expectations had become precious, especially for dark clouds of mistrust and fear following them along their respective paths.
That is typical.
So, the first day of school arrived.
But with it, the clouds above were further blackened, predicting storms and cloudbursts without any mercy.
The cause of this fatal nightmare was identical for both.
Their little child would have been alone and helpless in the midst of an entire class of strangers.
It was unacceptable to them and so they decided to transfer him to another school.
As if to say, less contaminated.
We are not racists, they said. We love our son, that’s it. Who could blame us?
The following year, in the day starting the new journey between books and lessons, the infant found himself back in the trenches, alone against a majority of Chinese pupils.
So, without delay, the father and mother moved the child to another school.
That means more homogeneous, of course.
Ours is not racism, they thought. We just want the best for our only son.
What parent could disagree?
One year later the first day of school was once again marked by an irrevocably sadist destiny, because the kid got surrounded by students from North Africa, with all the risks involved.
See Islam, terrorism and drugs, you know what I mean.
The parents looked at each other with unexpected distrust, suspecting the seed of bad luck, however, they wasted no time in their personal quarrels.
The two firmly grabbed their beloved puppy and took him to another school.
As if to say, less polluted.
We do not discriminate on skin color or what else, they swore. We have to worry about the quality of education of our son, not of his integration with different cultures.
Now, I realize that, from this point on, the story takes paradoxical contours, not to say grotesque, because the horrendous dream repeated again.
Again.
And again.
Every year the parents relived the same wicked scene with their son ready for to start a new school adventure in the company of an alien multicultural horde.
Nevertheless, they never gave up and, after years, finally found what they were looking.
A class of equal and recognizable students for their only son.
A paradise in which to see him growing safe.
Forever.
So, they embraced and greeted the creature whom they had placed all their hope on.
And with an incredibly happy smile on their lips they leaved the hospice... 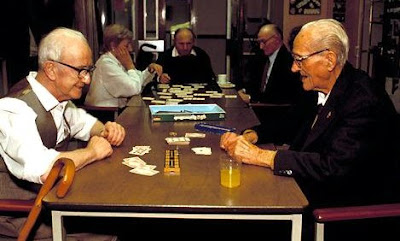