October 24, 2013
I have the honor and pleasure at the same time to share with you the wonderful preface that Barry Bradford wrote for my new book, Different loves, Tempesta Publisher:

THE POWER OF LOVE OVERCOMES THE LOVE OF POWER

In these four remarkable pieces, the power of love to transform the world is on full and radiant 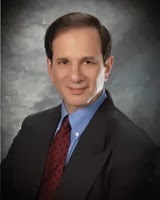 display. If you want to make a major change in the world, there are many forces that work more quickly than the power of love. Money and dynamite can change circumstances very quickly. However, to bring about lasting, meaningful, powerful, change, there is no more powerful force in the universe than the power of love.
The powerful essay containing an imaginary ending to the trial of Edgar Ray Killen, a notorious leader of the Ku Klux Klan for the murders known as "Mississippi Burning" particularly touched me. I played a role in the reopening of the actual case that led to Killen’s conviction 41 years to the day that three good men – J. E. Chaney, Mickey Schwerner and Andy Goodman were shot, killed, and buried under a dam of dirt because they had committed a sin, unpardonable in the mind of Edgar Ray Killen. They had tried to help African-Americans in Mississippi get the right to vote in 1964.
Denying African-Americans the right to vote was the most secure way that a racist state government could hold onto power. Their love of power was greater than their love of justice.
I've only spoken once with Rita Schwener and claim no familiarity with her whatsoever. However, I did get to know members of the Chaney, Schwerner, and the Goodman families very well. Their love for the sun, the brother, the cousin, the friend, who had died for decades earlier was powerful, ongoing, and deeply inspiring.
The driving force behind the effort to re-open the case was Jerry Mitchell, a brilliant and determined investigative reporter whose life had been threatened more than once for his work on the reopening of other such cases. I organized a team of three high school students to try and assist his efforts. The students received no grade or compensation for giving two years of their life to this effort. I receive no extra pay or reward. The motivation was love: the love of righteousness, the love of truth, and the love of justice. The more we were embraced by the families of J.E., Mickey And Andy; the more they showered their love on us, the deeper our commitment became.
We contacted former FBI agents, civil rights leaders, friends of the following three, former government officials, and the media in an effort to build a team capable of overcoming 40 years of inactivity while J.E., Mickey and Andy lay in their graves, the killers walked free, and the state of Mississippi turned its back on justice. The people who helped us could not have been a more diverse group. They were liberals and conservatives, whites and blacks, men and women, Northerners and Southerners. What we found in each of them was love. They gave us their time, their expertise, their support, for no other reason than their love of doing the right thing.
On the day that Edgar Ray Killen was convicted, Ben Chaney, the little brother of J. E., called me to offer the thanks of the families for the efforts of myself and my students whom he had dubbed the “Superhero Girls.” He expressed his love for all of us. So did Dr. Carolyn Goodman, Andy’s mom. Her thank you moved to me to tears. She said
When you brought them (my students) into my house; you did something that I never thought could ever happen again. You brought Andy back into his house. These three are doing exactly what Andy would be doing with his life.
They are doing the right things for the right reasons.
Each of these beautiful essays remind us that love may not be easy, smooth, or even end happily. But Scripture reminds us that love endures all things.
I am often asked to speak about my experiences in the Mississippi Burning case. During the question-and-answer sessions people always seem to marvel at how impactful a high school teacher and three teenagers could be in helping to change history. My response is to say this: "do you want to make the world a better place? A fairer, safer, happier place? If so, what is stopping you? None of us can do all things and very few of us can do great things. But all of us can do something." One commentator criticized me for doing something that he saw as merely symbolic. As I explained to him, if I had the solution to the problems of racism or discrimination or injustice on a grand scale, believe me, I would do everything I could to implement them. Perhaps reopening a 40-year-old case may not seem important, but it is what love called me to do.
It is possible for us to find love in the most unexpected places. In hiding, soon to be captured and sent to die in a concentration camp, Anne Frank wrote these words:
"How wonderful it is that nobody need wait a single moment before starting to improve the world."
Enjoy the essays. But don't stop there. Use your unique gifts to make even a small part of the world better. Today.
Peace,

His speaking style has been called “dramatic, entertaining and powerful.” Barry Bradford has been interviewed by nearly every major media outlet including The Today Show, The New York Times, U.S. News And World Report, ABC, CBS, and NBC Evening News, The Times Of London, Chinese National Television, The Voice of America, The Washington Post, Fox News, MSNBC, CNN and C-SPAN. In his home town of Chicago, he’s been featured on the front page of the Chicago Tribune, The Chicago Sun-Times, and the Chicago Daily Herald. Recognized by the Organization of American Historians as a Distinguished Lecturer, Barry has been praised for his “funny and brilliantly crafted presentations”. “I’ve spoken to more groups than I can count, and what I’ve found is that if you want people to remember your message, you have to make them feel your message”, says Barry. To that end, Barry brings humor, pathos, intrigue, and deeply compelling stories to all his keynotes and workshops.
Barry made history as the leader of the team that reopened the Mississippi Burning case and brought the murderer to justice. His commitment to justice and belief in the power of every individual to affect history led him to spearhead a movement to convince the State of Mississippi to clear the name of Civil Rights martyr Clyde Kennard. Barry’s success in these high-profile cases along with his many experiences, awards, and recognitions bring conviction and passion to his messages of leadership and personal empowerment. His work has won him awards from the President, Congress, and major Civil Rights groups. He is a former National Teacher Of The Year, Illinois State Teacher Of The Year and a winner of the prestigious Golden Apple Award For Excellence In Teaching.
Barry lives in the Chicago suburbs with his wife, Mindy, an international corporate executive, and their two children, E.J. and Zack. He travels throughout the U.S. speaking for colleges, universities, and businesses. Barry’s Bachelor’s degree in Psychology and Communications is from Goddard College (Plainfield, VT) and his Master’s Degree in Interdisciplinary Studies is from DePaul University (Chicago).
Website: http://barrybradford.com/