It seems that in Geneva, the European Organization for Nuclear Research (CERN) has captured the antimatter.
But what is antimatter? How is it done? How could we create it? What does it show when you look at it?
Here is an unlikely anti explanation...

Antimatter?
That's easy, it's the opposite of matter.
You do not need any scientist.
It is a word as many.
That is, an anti-word.
Just put the anti and maybe you get the opposite.
Certainly something different.
Read it as well as an anti-story.

Once upon a time there was a truly unique anti-country.
Of course, in this anti-country the anti-inhabitants were living.
Anyway, let’s not too complicate their anti-life.
Or anti-death.
That is the real life.
The anti-country anti-inhabitants were known as the most anti-comfortable in the anti-world.
On the other hand, being anti-comfortable is not so trendy.
It is, however, anti-trendy.
Like the antipathy.
In contrast to the anti-antipathy.
That instead has its value when you go out with an anti-girl.
Although an anti-female should be a male, but not to be confused with the anti-male who is a female.
Mainly do not mix all with the anti-gay.
On the other hand, who would never think of going out with the latter?
Only someone who demonstrates anti-craziness.
Some will object, following the logic of the story, that an anti-crazy should be a sage person.
That’s wrong, or anti-exact.
According to the logic, it may be, but the anti-logic is unpredictable.
As the anti-stories do.
And maybe even some story in the real world.
In fact, there is one among them that begins with a child girl who tells the little brother about a 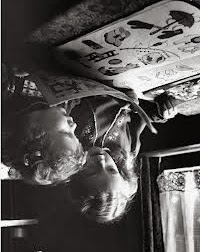 country where the inhabitants live known for their outstanding hospitality.
Nevertheless, maybe the book is upside down and then the two appear to sit on the ceiling of the bedroom.
However, looking at it briefly, it might also seem to be in an anti-book.
So, we would speak of an anti-fable and the ceiling would be an anti-floor and everything would make sense.
That would be an anti-sense in our world.
Read as absurd.
Not here.
On this anti-page of an anti-blog.
Where stories and anti- stories mingle.
So country and anti-country become both famous in the world.
For its hospitality.