Here it is, the bomb.
This is the true bomb, ladies and gentlemen.
Those threats in the form of farcical intimidating videos do not.
This is the explosion that destroys the circus.
Of fanatical delusions and clever manipulations.
This is what happens infrequently, I know.
Well, the true bomb is hard to see.
If we consider for a moment the ingredients that give life, no death, to such a dangerous mixture, we would be amazed.
There is not anything chemical involved and that is a miracle.
All natural.
All shining and alive.
All human.
Yes, it's a human bomb, the true one.
And the agents are two.
Divided by a mirror interwoven with pieces of everyday and dangerous banalities.
Fanaticism, decision, courage, move, religion, commitment, freedom, rights, politics, war, pacifism, choose, choice, chosen...
I could go on with all forms and synonyms of a term that live in a single reign.
The land of a more or less conscious acting.
In short, choosing.
The mirror is there, before our eyes, every day at least once.
Sometimes it eyewitness the perfect encounter.
Between the two halves of the same truth.
Heroes and martyrs.
Martyrs and heroes.
The movie does not last long, certainly not as much as the Hollywood top films, but enough to get you discuss with friends later, at dinner, the next morning, and the next day and many others.
The script is equally essential.
Aitzaz Hassan is a teenager and, at the precise moment when his eyes intercept the nemesis on the 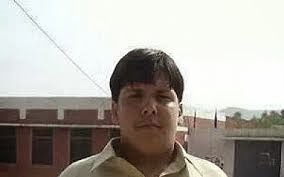 mirror, he sees no other way to continue the journey.
Or to stop it.
I have a life ahead, I'm just a kid, why me, but nothing will change, but the world sucks, but humanity is doomed anyway, but...
These thoughts, that are common to many of us, are swept away with impressive ease.
Incredible, isn’t it?
However, although in a small story like this, the fact is everywhere.
Worthy news on the most noble pages.
The martyr and the hero looked into their eyes.
One embraced each other.
Until they merge.
And the glass has been shattered.
Now we see clearly, right?
Now even the blind understand the difference between the two.
Hero and martyr.
Only one was both.
The other has been deleted.