Sam Berns story of an old teenager with child eyes


Whenever someone’s death gets great popularity due to an exceptional disease, I like to consider it as one aspect among many of his special life.
Or story…

My name is Sam and I was unique.
We all are, in some way, many of you might say.
Really? So, find a page someplace and talk.
If you dare.
Yes, if you dare.
Putting the essence of a life in the middle of a writing.
Without reticence.
Shameless.
With love to the whole, more than ever, the irregularities of the soul.
Those that make us worthy of glances.
Amazed and sometimes horrified looks.
Me?
I was someone who ran.
No, I am not talking about sport.
No marathon runner or sprinter, here.
Well, you'll understand, there is nothing original in a story that praises the fastest sprinters.
They are already enough depicted and celebrated by the top media fat pens.
My obsession for the time was in the flow of blood.
Flow? Let's just say a frantic darting of cells and platelets.
In the roaring techno style heartbeat worthy of the most excited rave party on the earth.
Soundtrack for a full body wildly cast toward the finish line.
You may read it as the end of this story.
A fast-paced slide show of thoughts, a shocking choreography of emotions and especially a seemingly chaotic succession of memories.
This was the wonderful dance in my body.
Within my rough and rugged body.
In the shelter of what the skin evoked.
Where, more often than not, you may find the best, and those who had the good fortune to look beyond these boundaries know perfectly what I mean.
Others do not know what they're missing.
Why are you running like that? Would not it be better to slow down ? Are you overlooking something along the way?
Legitimate questions, I see.
Useless questions, I know better.
I had to run, because someday this was the cards dealer’s decision.
And this is the card I received as a gift at the beginning of the journey.
You'll run.
This was written on.
You'll run.
Without stopping.
Until the end.
Of this story.

My name is Sam and I was unique.
Not because I had to run.
But because when it came my turn I took my ticket and boarded without a murmur.
To enjoy every moment of the trip.
By accepting the role that the script called for.
Giving the best of me for the story.
Of an old teenager with child's eyes... 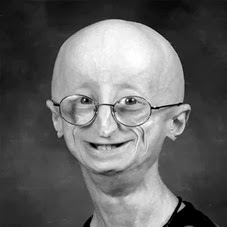