While he was sleeping in his grandparents’ home, a child becomes aware of a fire and saves the lives of six people, including cousins and relatives, returning home each time to save the next one.
This ballad is for him.

Tyler Doohan was eight years old and he was one of them. 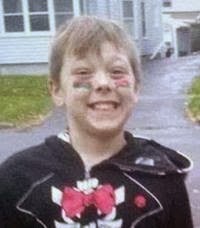 A few, being honest.
However, when the right music seize them, even in sleep, they stand still.
So they start to dance.
This is for them.
The ballad.
Of those who return their life.

Backing on their steps, it is clear.
Or maybe it is not for most of us.
What is the right thing to do? What is a credit to the moment and what blows it off the story? How can we continue the journey with dignity? And at the same time abandoning it?
Those are scenes we've already seen. Instants already lived. Times already written.
A tremendous roar, the bomb has finally exploded.
Behind us.
The cries of anger and violence rise vehement.
Before us.
The poisons of the world and the beasts of war are about to devour the helpless.
To the south of our eyes.
Away, run away. Let’s save ourselves. That’s for them, we do it for them, not for us. We must first think about what is before our eyes. Who could blame us? On the other hand, don’t you suggest to have faith? Okay, horizon can also be an excuse, but who would take the other way?
And here's the best page of the history, that is life. It steals the scene with arrogance and forces us to stop.
We must have the courage to at least admire those who not only turned around much earlier than us.
They received in their heart the sounds that best accord with the soul and began to dance.
It's not worth it, the verse sings.
It's not worth being there and leave the rest behind.
It deserves the best.
All deserve it.
On the contrary, this is worth prove it.
Because they are the best.
Those who return.

Tyler was only eight years old and was one of them.
Not many, I know.
Nevertheless, when the good melody wraps them, even in a dream, time stops.
And they start dancing.
This is for them.
Here's the story.
Of those who returning their life.
For us.