Far since the end of the Korean War in 1953, more than eighty old men and women separated by an absurd double-sided wall named north and south have finally found each other.

No, this is trivial.
Then it is a dance, with music or without.
No, somebody said it before, too many times, indeed.
Here we are: it is a human gesture.
Too general, I agree.
But what if I told you that it is an intimate image?
Okay, it could be misleading.
In these confused and contradictory days, we must be more precise.
It's an exchange of dreams, missed by accident or crime.
No, that’s not even enough.
The exchange presupposes a previous interest that depreciates the main quality of the act.
Spontaneity.
Unspeakable spontaneity.
Could it be a mutual gratification?
No, huh?
The temperature of the sentence has dropped to the limits.
The bar of the thermometer must be kept to the top, without exaggeration, but, as the naturalness of the movement, the heat is essential.
A fundamental requirement, before and after, let alone in the middle.
Nevertheless, thinking about it, if there is a before and an after must mean something.
Before and after presuppose a walk, a journey, a quantum leap forward.
Or back.
As in a story.
Because who said that the stories should be read in a single direction?
That has something to do with the rights of the imagination.
Or life.
Taking this into account, with a little courage, daring would not be an offense at all.
It's something that goes beyond logic, right?
Am I close?
Is it an extraordinary event that defeats physics?
Quantum mechanics too?
Is it right?
Well, now everything fits, in fact.
Before is the after.
And vice versa.
Since what lies in the middle disappears.
And everything comes back.
Wonderful as the first time.
Because sometimes a hug is pure magic... 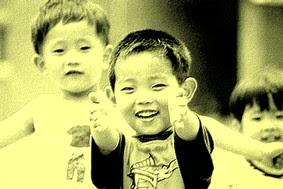