What are my eyes reading?
Reading...
Watching, that is how it should be.
The world's largest solar power plant, Ivanpah Solar Electric Generating System, was opened in California, in the Mojave Desert, 40 Miles (64 km) southwest of Las Vegas.
Well done, you are good, really.
Well, it doesn’t bother me.
I've never done any discussion, you are my witnesses.
Anyone who sees me, knows what kind of silent spectator I am.
Not at all, I agree.
It's normal, right? Somebody looks, looks, and looks, then something resonates in.
The lake, the river and even the sea agree, it's like when someone throws a smooth stone on your back, possibly with a multi-purpose rebound.
Sooner or later the stone stops and while you count the rebounds I’ll do the same with circles spreading around.
Inside of me.
Read as well as the consequences of the end.
Of a journey, a love, a lifetime.
Of a story.
And this is my prize, at sunset.
Listen, you might say, you've got a prize, why you have to complain?
Complain? Not really.
I don’t think at all that I exaggerated.
And I don’t think it has ever happened before.
You would have noticed, believe me.
Let's say that, given the pomposity of the central, such as to merit the above record, I felt entitled to encamp some legitimate request.
Nothing special.
Anything that is not in your power.
I am referring to a very natural need.
Nothing purely inguinal matter, don’t worry.
Vulgarity has never been my style.
It's more a need of the spirit than the body.
Okay, I said it so to speak, considering that I don’t regard either of them.
There is none of the most ancestral diatribes that interests me.
It exists or not, it is true or false, he is right or the others are, the first or the last.
I do have my own opinion on the major issues, don’t get me wrong.
Unlike many, too many, I'm not so convinced that my opinion is so important.
On the contrary, my eyes are.
I am particularly keen on what I see.
And it is here that I stand up for the first time since I exist.
Or you exist, that it is perhaps more accurate.
Take how much life you want from me.
Feed yours with mine.
There has never been more perfect barter on earth.
But, in return, I really want to see it, that life.
Surprise me with originality.
Fantasy.
And freedom.
Things that people like me, with unchangeable time and fate.
Already written.
Never had so much.
Life.
Sincerely, 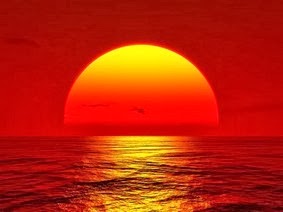