His name is Glenn Ford and he is 64 years old. 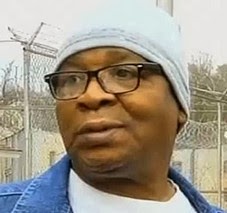 No, he’s not the actor, who died long ago.
He is the other.
The other famous guy, today.
He has something in common with him, though.
He is a free man.
But it was not always so.
Nevertheless, he’s back now, 2014 United States of America.
And he is black.

His name is Glenn and he has come to light in 1950.
He was born so, black.
In 1950, schools, public places, buses and trains were still split in half by an idiot in the form of invisible wall.
Whites on one side and black on the other.
The other part of this world has never been the best one.
America was no exception.
No doubt about it.
Despite this, he was used to it.
There was no alternative to survive in the shadow of the so-called land of opportunity. 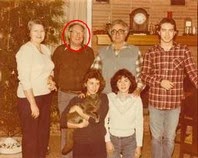 On November 5, 1983 his history changed forever.
As well as that of Isadore Rozeman, the watchmaker who was murdered during a robbery in his shop in Shreveport.
It was the end of something for both.
Something that will never come back, traces on a yellowed by time photo.
Time, the only infallible judge, in fact.
Misfortune.
Bad luck.
Horrible fate.
To be there on the worst day and in the wrong place.
As to be born.
Black.

A fraction of a second, that's enough to clear an innocent person from history. 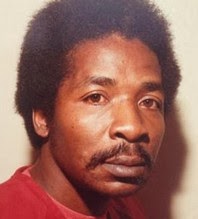 Isadore Rozeman, watchmaker.
Three years to do the same with Glenn.
Mr. Ford, you are under arrest, 1983.
Mr. Ford, plead guilty, 1984.
Mr. Ford, you will imprisoned in the Louisiana State Penitentiary, 1985.
Until the day you will be killed, legally and rightfully.
By the State.
Before that, you will meditate on your real guilt.
Or unfortunate coincidence.
Being black in front of a jury of whites.
With a white victim on the table.
And a culprit to blame.

His name is Glenn Ford and today he’s 64 years old.
And although innocent and free, he is still black.
I really hope that all this time something has really changed in his country.
And so in the world...