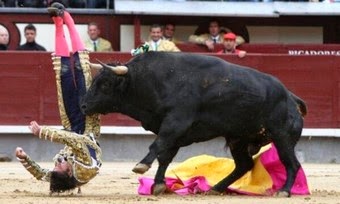 Unexpected.
Paradoxical and unbelievable, exceptional and rare.
Almost impossible, probably fake.
These are the stories where the others win.
Those who, in the tale told by the peaks of the world, must lose.
Die.

However, when an unexpected event that lurks in the dreams of lives predestined to an inglorious end transcends all boundaries and invades the real screen, well, it means a light for many.
Food for hopes and fuel for do it yourself angels.
Read as well as the designers of selfish wings.
So, let’s take a look.
Let's read what the lit loser wrote in his diary.

The so called different people in the world dodge yet another insult, like Neo does in Matrix with bullets.
Beating the tiny eye of equally little skull.
Making him feel different as well he is.
From being a worthy human being.

The last creature, commonly known as animals, destined to disappear suddenly become larger, even larger, so large to make the hated destroyer negligible as an adjective in a wonderful adventure story.
Where it is not so important to describe things.
It’s enough to read it and the heart will do the rest.

The slaves, all slaves in the world, wherever they are locked up, now, at this very moment, perhaps not very far away from you that are listening, will disappear.
They will fade away, as if they never existed.
Here, now.
But this does not mean that they not are alive and free somewhere else.
We just do not say it here, so that no one will ever be able to imprison them again.

And so on, from land to land, from light to light, the unexpected story will land to donate light up secret desires.
Come on, out there, it seems to whisper.
Get up.
You can still win...