Stories about life: Fattest man in the world Manuel Uribe 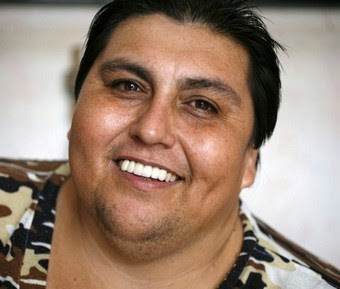 The fattest man in the world, that’s how he was known.
And so he will be remembered.
Because that’s exactly the way his departure is told.
By newspapers and television.
For his weight, his 597 kg (1,316 lb).
The weight…
How important the balance of life is.
But Manuel, like all of us, was not just that.
Because we are not only made of full things.
Of filled and saturated.
Overflowing.
More or less harmonized dowels in a most often far harmonious body.
There is also something else that's worth.
Between one kilo and the other.
Between the skin and its overvalued colors.
Among the forms and its undervalued imperfections.
Emptiness.
Yes, we are too that.
We are also a number of absences.
And I'm not referring to the certainly important space that Manuel has left closing his story on this earth.
I refer to the gaps that were part of him.
Invisible and elusive ones.
But not meaningless.
What I mean?
Pauses, all the pauses between one speech and another.
Every time he was going to say the wrong thing but he contracted his lips a second before.
And even if it would have not been at all.
Wrong.
Read as well as the deafening fairness of unspoken words.
The people he would have next him along the way.
That kind of coveted ghosts and regrets.
Who at the same time were also real lives.
Somewhere, more or less distant.
And nearby.
The cities that Manuel could not visit.
All the beauties of the world that he has failed to admire.
That did not prevent him to create in the mind, for them and only for them, a decent room.
An empty one.
As the missing images in all eventualities he closed his eyes.
For shyness.
And for fear.
Or even just for mere fatigue.
Manuel Uribe has gone.
The fattest man in the world is no more here.
I could say that he has left a void, but, as I hope it is now clear, I would be wrong.
He has left countless blanks.
And as it is true for each one of us.
It's up to those who remain to fill them...