A video starring a leader of Boko Haram, Abubakar Shekau, has shaken the international public opinion. He claims to have kidnapped about 300 girls (at the moment it seems 223, since fifty seem to have fled ), threatening to sell them as slaves… 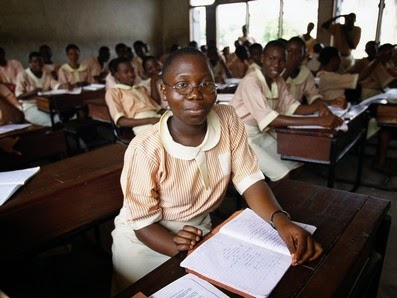 Although any letter deserves it, I omit the dear.
I think you will agree it is not appropriate, this time.
In fact, the reasons that lead me to write you regard the words.
Those who deserve the space of a page.
This one.
Eyes observing joys and tragedies, albeit at varying distances.
Ours.
Mind and heart of those who have one choice ahead.
You and your companions.
That’s why, if I intend to privilege the only words worthy of the name, I am going now to get rid of unnecessary ones.
There was never a more appropriate verb.
You see, in the message of your video, gone viral these days, it seems you called the girls as slaves.
If you allow me, you are totally wrong.
They are not slaves at all and never will be, unless they want to.
I know this is trivial, but the real absurdity is that on this planet there are still people not understanding it.
Abubakar, you kidnapped their bodies, not the girls.
Not what they really are.
Read as the true nature of the breath.
The life of those young people, precisely because of your clip, is now everywhere.
It’s here, at this very moment, in this modest space as in the thoughts of the most talented creatures in the world.
The existence of those girls is also next to you, hovering around the captors.
Free.
Inevitably free.
You are the prisoners and the slaves, sir.
You and your gang.
Because it takes a mind that is incredibly devoid of even the most slender living space, inside and out, believing to may lock up so much vital energy.
Countless earned and stolen hopes built up over time.
Hidden dreams and projects revealed to trusty ears.
Loves and sorrows.
Written and narrated stories.
The most naïve mistake would then be bringing up a god to justify the stupidity.
The paradox, Abubakar, is that those girls have an ocean of possibilities.
It’s you to have just one road ahead.
It leads back behind you.
Walking on your very footprints.
In short, going back to a second before making yet another foolish gesture.
Otherwise, you and you friends will not find place in this life, and everywhere else where to get rid of them.
The girls who are everything.
Except for 'slaves'...