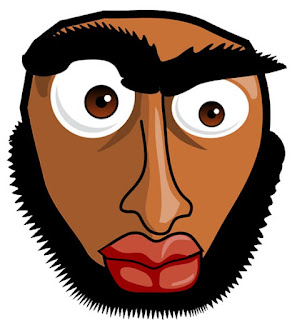 Once upon a time there was a particular story.
And, at the same time, you do not imagine how common it was.
The main character's name was Calogero.
He has long and thick beard and brown eyes.
So his father.
Calogero had dark skin.
So his mother.
His father.
And even his grandfather.
Because Calogero, his mother, his father and also his grandfather came all from Sicily, South Italy, where many people have brown skin and eyes too.
Calogero was deaf-mute and atheist, but those are little details.
He had just arrived in a typical building of a common town inhabited by ordinary people.
That is, the average stuff.
Except him.
Calogero, incredibly shy and unsociable, lived alone and worked by night in a confectionery.
But it was worth it, because mixing and filling for hours, while most of the neighbors was asleep, was the missing dish balance.
Donating sweetness from dusk to dawn, for the one who was utterly unable to do so in the rest of the time.
However, such personnel soul compensation was just one of many secrets hidden beyond walls too thick walls to give in to easy suspects.
It was precisely because of the latter that in the aftermath of yet another so called Islamic attack his neighbors immediately pointed the finger at the newcomer: Calogero, or “the Muslim who lives on the top floor”.
So, in the following days something important happened inside the confines of his eyes, the only window where he was allowed to appear.
Suspicious looks.
And mosaics of equally circumspect lips.
Hostile faces and no less acrimonious gestures.
Along with a multitude of subtle details, negligible to most.
While this is the world and more according to those who live only for subtle details.
I do not want to imply that somehow the misunderstanding caused the end of the story.
However, Calogero could not give them a meaning and maybe it was good.
Perhaps it was a bad thing, who knows.
Nevertheless it made him hurt.
Then another evening came, the last one, where the man proceeded to put on the usually abundant coffee before going to work.
Just a few seconds and a huge explosion destroyed a life, and the wall that hid it.
“The Muslim blew himself up”, was the news for the neighbors who fled screaming into the street, terrified of being the new prey of the trendy monster, as suggested by the nobles remote control buttons.
“Calogero died from a gas leak”, the side note for all others…

Read more true stories about racism.
Buy my latest book, The hoax of the migrants.
Help us to realize the X Edition of the Storytelling Festival The gift of diversity
Storytelling videos with subtitles