Family Day 2016 in Italy Rome: why homosexuals should not win? 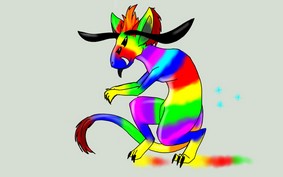 Tomorrow, Saturday Jan. 30, in Rome there will be the Family Day manifestation.
I remember when Silvio Berlusconi was there… it was funny.
Maybe, even after an ocean of scandals, he will join the cause.
Anyway, I want still give my contribution to the war against the foul, rainbow dressed enemy…

Why homosexuals should not win?
(Read to the end...)

*Because homosexuals already have the right to live together, and are eligible for membership of most local authorities. Parliament, however, has to deal mainly with the administration of a vast nation, the maintenance of the Army and Navy, and with questions of peace and war, which lie outside the legitimate sphere of homosexuals' influence.

Because all government rests ultimately on force, to which homosexuals, owing to physical, moral and social reasons, are not capable of contributing.

Because there is little doubt that the vast majority of homosexuals have no desire for the wedding and adoptions.

Because the acquirement of the right to the Homosexual Marriage would logically involve homosexuals’ admission to Parliament itself, and to all Government offices. It is scarcely possible to imagine an homosexual being Minister of Defense, and yet the principles of the homosexuals involve that and many similar absurdities.

Because the Parliament is not an isolated State, but the administrative and governing Centre of a system of regions and towns. The effect of introducing a large homosexual element into the society would undoubtedly be to weaken the center of power in the eyes of these dependent millions.

Because past legislation in Parliament shows that the interests of homosexuals are perfectly safe in the hands of normal citizens.

Because Homosexual Marriage is based on the idea of the gender equality, and tends to establish those competitive relations which will destroy chivalrous consideration.

Because homosexuals have at present a vast indirect influence through their menfolk on the politics of this country.

Because the physical nature of homosexuals unfits them for direct competition with normal citizens.

It is only a matter of time, as it has always been, and sooner or later they will win, you know that. So, I wonder, why do not we carry on the work and we end once and for all being the last to turn present time in the future?

Read more stories about diversity
Buy my latest book, The hoax of the migrants
Storytelling videos with subtitles