Marine Le Pen and Matteo Salvini in the realm of fantasy

Once upon a time there was he, or she, as you like. 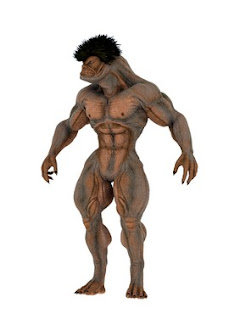 No matter the genre and all its diversities, because the story must slide smoothly and, above all, be popular. There is no room, therefore, for social and moral complications.
So, let the story be.
Take Little Red Riding Hood and he comes in and starts to knock on every door and everyone is out, also the mother of the girl child before going to her sick old grandma waiting in the woods. "Enough of the wolves," he shouts. And so other slogans, all in their woods, let’s expel the wolves, the wolves do not respect our grandmothers. Even sheep and chickens, for that matter, but it does not works equally, because as Mom, everyone has a Grandma.
Or, perhaps in another version of the same story, he moves his accusing finger right on the old woman, with a quite logic reasoning, if you think about it: let’s expel grandmothers, especially the sick ones, because they force the girls to cross the forest alone, moreover dressed in red that recalls the wolves, because they are attracted to, or perhaps those are the bulls, anyway that is a fake, but basically... do we really care for the truth?
It is all a fairy tale, we said, and then in Snow White he makes arrangements with the Evil Queen and, without the need she showed her ugliness to sell rotten apples, he embarks on a campaign in the press, in fact, in the magic mirror, to defame the seven. “Dwarves are here to take our women and grandmothers too,” the flyer with more bitterness says, “especially those with as white as snow skin and as red as blood lips.”
Or, maybe Snow White might be the target. “Who does she think to be?” He would scream from the highest tower of the castle of the gloating sovereign. “Miss White wants to change our traditions and our culture! First of all, the queen wanted a male, so there are serious doubts about the girl’s identity. Second, reflecting the confusion of the latter, she runs away from home, talks with the animals and goes to live with seven miners in the woods?”
Another story, another witch to burn, you might say, and here we are in Cinderella.
“That is easy for you,” he would say standing up like an angry bulwark in defending the rights of poor stepsisters. “Stepsisters? Let's face it, she is the half-sister, they're regular ones, I repeat, regular sisters. They live with their regular mother too, not a stepmother. The intruder is the scullery maid.”
“The scullery maids at their home,” he would cry, “before they will ruin forever the right course of History, the straight one, with a capital H, with the help once again of a witch.”
“It’s easy going to parties and do the vamp thanks to magical chopsticks,” the ending moral.
Or perhaps he would throw out each gram of animosity towards the fairy godmother and all magicians in the stories, guilty of cheating on the outcome, apart from Evil Queen and maybe Voldemort.
“Magic is not part of our religion,” he would yell loudly.
The reality is a true joke, not a fairy tale, because the realm of fantasy is full of absurd characters.
However, why between cruel orcs and firing dragons, giants with one eye and headless ghosts just he had to be the real one?

Read more stories about racism
Buy my latest book, The hoax of the migrants
Storytelling videos with subtitles