Diversity stories for kids: our planet

A new planet was discovered on the end of the solar system...

Once upon a time there was her.
Or he.
Call them, too.
Call them what you like, so this is granted and, rarely, actually blamed. Because it happens again, again, and again. 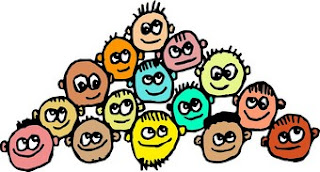 Call us, this time.
With the eyes that look farther, necessarily.
Think about it, really. Who could look at the very antipodes of today better than those who bet on that mirage their present time, their souls and the last wishes?
The good news is that we give up, once and for all.
The war is over, because the enemy is gone. Civilian casualties will finish the count of their own. And an empty space will widen on the spewing press.
Just a few seconds, all right, because while the trendy goat dies, you will quickly find another one to crucify.
Nevertheless, it does not concern us anymore. So, good luck to the next.
Indeed, take everything.
The earth is yours.
What you screamed like yours, and also the one that you are still robbing.
Like ours.
The right to love anyone... take it.
And add as well, sculpting with golden letters on the main streets, the precious fragment you love so much: the right to love anyone... was like you.
The air will again be completely yours, as well as the waters of the rivers and seas.
Anyway, we were tired of defending them, knowing that the opponent had already decided long ago the future of all.
The noble stage is safe forever, now, because you can finally enact the most absurd farces and still receive the orgiastic ovation you worship. Because you will be best actors and audience at the same time.
The main pages of the authoritarian saying will no longer be called into question, from now on. Because you will play and sing in full autonomy. The notes of the official melody will get in the ears without the slightest friction.
The way will be smooth and you will no longer need to hide the dirt under the carpet.
Because we, the dirt, we will be long gone.
Where?
Simple, I would say right.
We, him, her, and them who, inevitably, have got the only eyes able to reach the outer limits of the sky, we can exclaim without any fear of contradiction.
The ninth planet is ours.
All ours.
Because we were the first to see it.
Or better.
To dream of it…

Read more stories about diversity
Buy my latest book, The hoax of the migrants
Storytelling with subtitles