Same sex adoption in Italy: if they were right

At the end of the day it seems that what some had already budgeted is being punctually true. The real point of the same sex marriage in Italy is about adoptions, even if we are dealing with stepchild adoptions.
The thing that surprised me is that towards the latter, even among those more or less virtually around me, there is much more hostility than what is openly confessed.
So, I want to put myself in their shoes.
I want to talk with you, so I speak to you directly.
Trying to think as you… 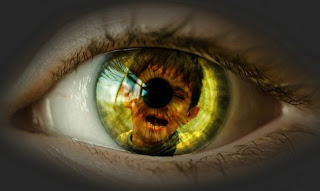 Let's say you are right.
Let's say that a child adopted by two same sex persons is expected to grow in some way damaged by the parents.
Let me see what you see, as you see it.
Consequently, I see two persons who live an unnatural relationship, which have outraged the nature and the creator at the same time, mistreating the flesh and the spirit.
I see those same persons who are not satisfied by practicing a perverse life, but who even claim to get hold of an innocent young human being, driven by self-interest of an endless cruelty.
I see them succeed in their insane purpose.
I see the innocent young human being in the clutches of the orcs.
I see his the eyes of a confused and frightened victim.
And I see the passing time.
I see the innocent young human being that day after day is educated to a style of unclean life, where everything is allowed. Where there are no reference points except lasciviousness of lost souls.
I see the innocent young human being growing unhappy and diverted, in complete despair.
I see the innocent young human being becoming, in turn, an adult forever doomed to wander alone.
I see a life without any hope of serenity.
I see death and destruction of a tenderness, that we should protect, made lawful by a government that has lost sight of the one and only compass, nature as the creator has shaped at the very beginning of time.
I see you now.
I look inside yourself and I see what lives inside you.
I see you looking around the shops, next to me on the subway, in the car in front of mine in the city traffic, in a line at the post.
I see you next door.
I see you now, one step away from me.
And, forgive me, but I am afraid.
Of you…