Unlike Italy, surrogacy is legal in twenty nations, including the US, UK, Canada, Australia, Russia and Greece.
Meanwhile, the so-called traditional family defenders insist to spread their fear.
I suggest a satirical story… 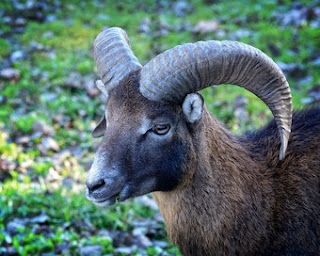 My oldest frequenters know about my previous life.
Yes, I was a trainer of mouflons.
What memories…
I miss those goats, I admit. They were stubborn, no doubt, but when you saw them dance together it was a true incredible show.
Wait, I have not said? I taught them the hip hop.
Now I understand your hilarity and skepticism, that is normal, I'm used to.
But hip hop is not born in the seventies in the United States, I understand that this is a new fact, but this what it is. Anyway, we are on stories and news, the border is labile, such as that between the excited mouflon and the possessed Ammotragus lervia. They are not the same thing, you may ask the nymphomaniac goat, if you do not believe me.
Nobody invents anything, it is common knowledge. Above all the rest of us do not create anything. We humans, I mean. For animals it is different, however. They invented everything and we will copy as wild donkeys in Tibet, which even go around the mountains dressed as monks, they are so unoriginal.
For the record, the first hip hop dance was made in the UK by a female Gypsy Vanner (also known as Tinker or Gypsy Horse) to distract a cowherd fallen in love for her, then escape with a punk mouflon.
Well, everything comes back, you see? This is typical of the mouflons. Things go smoothly, then all comes to them, and everything start to ruin.
Let's get to the point, now.
Surrogacy in Italy have already been granted.
To whom? What questions? The mouflons, is clear. And the consequences are there for all to see. All those who see only what they want to see, that is evident.
To say just one, there was once a pair of hermaphrodite mouflons who could not have children, and we could already stop there, I know, but it continues. The two animals were selfish and self-centered, two stubborn creatures who wanted a puppy to carry around as a trophy, showing the little horns. And who will care about the baby? No one, not even me, because in the meantime I had been transferred to teach belly dancing to otters. I confess this too.
Given that the law permitted it, the couple convinced an old blind female mouflon to rent her uterus. I am talking about an animal incapable of understanding, but not wanting. She wanted everything. To name a few, think that in the same day she had already lent its horns to a chamois that wanted to make a good impression on a first date with her ugly fiancé. Well, when there is love ... She had also promised her tail to a lions Swiss tamer, too good at heart. He wanted to use it as a whip. It hurts less, but makes the scene real, the inexperienced guy claimed. Well, he was eaten alive during the first show, look on the internet.
The rest is horror, I realize. The baby, who was called Thaddeus, found himself prisoner in a world of complete moral anarchy, with two parents who did not know whether to call dad or mom.
Mouflons, call us mouflons, they said.
But how may I distinguish you? Mouflon 1 and mouflon?
That's right, he answered. Which of the two? Hard to say still today.
However, they became soon tired of the toy and the poor animal thing was abandoned in the woods.
Taddeo grew up alone and in a great crisis of identity. He changed his gender and species several times, finally becoming a Nutria to join my group of students.
I told you that everything will be back, right?
I learned this story from him, or her, which was a he. Or not?
Do you see, now? Can you understand what do we risk?
What?
The example does not work because we are humans, not animals?
Well, reading what many say on this subject, it does not seem we are...

Read more diversity stories
Buy my latest book, The hoax of the migrants
Listen my song, The freedom
Storytelling videos with subtitles