I read that the Syrian Centre for Policy Research has recently reported the details of the conflict that is tearing the country.
11.5% of Syrian population killed, the majority of newspapers says... 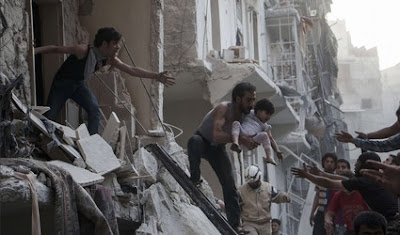