The most complicated country in the world

Once upon a time there was a country. 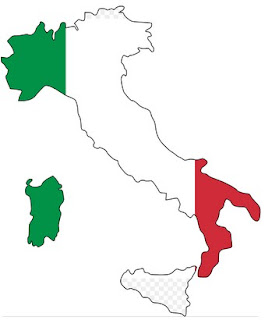 Think of it, draw it in your mind.
Let's do it together.
Now, take a true fact.
Indisputable.
Verifiable with the naked eye, such as the ability of a glass of water to relieve the thirst, two plus two equals four, and the country in question is the second oldest in the world and first in Europe.
Consider an obvious thing.
Trivial.
Verifiable by anyone, as the human inescapable need to alternate hours of sleep to wakefulness, the danger to swallow a living scorpion, or the country is the one with the lowest number of graduates in Europe.
Imagine a simple argument.
Elementary.
Demonstrable at any moment, as the frailty of goldfish won at the shooting range, the duplicity of many politicians of every place and time before and after being elected, but also the country above is the one with the lowest number of inhabitants internet connected in Europe, with the most expensive and slower connection.
And, if you still have a couple of seconds, imagine a sensible idea.
Undoubted.
Discernible even by a child, as the importance of health in the life of each of us, the irrepressible joy of a love finally paid, or the same country is last in Europe for skills in reading and is the second lowest for mathematics and for the ability to solve technological problems on the agenda in most modern countries.
That said, choose a contemporary theme, including the most current in the most advanced societies, such as same-sex couples marriage, artificial insemination, the stepchild adoption, the end of life law, the secular State, freedom of the press, civil consciousness, democracy... and I stop here.
Imagine them suddenly appear on the principal table of the protagonist country of this story. On the more opulent news, in the speeches of the most talkative politicians, like the mouths of casually informed citizens.
Well, you will see everything become complicated.
No more simple and reasonable, obvious and indisputable, verifiable and provable.
But only immensely and, above all, necessarily complicated...

Read more stories about diversity
Buy my latest book, The hoax of the migrants
Storytelling videos with subtitles