Here we go again.
Punctually on the eve of elections of any kind and scale, meetings at more or less institutional Summits, and laws’ discussions with multiple interests, the terrorism alerts are everywhere in the news.
Alerts, or hazard notices. Warning, beware, be afraid, and so on. Regardless of the actual merits of the danger itself.
So, here is my story…

Listen to this: pacifist alert. 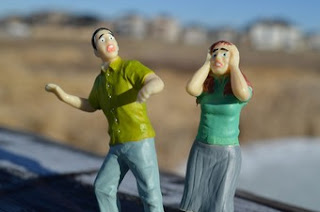 Today is a special day, since the very beginning.
We may read on the top of each newspaper and TV news in the world always the same content.
Governments warn the population and the various authorities to keep vigilant. The danger level is high. We expect pacifist attacks.
Specifically, four barricaded female troublemakers were arrested in Paris in a fair trade shop where they dared sell healthy stuff inevitably from underdeveloped countries. It seems that the criminal intent of the girls was to support the inhabitants’ life of the still doomed economy.
In London, police raided an elementary school where a theater company was acting a tacky play on stage. It seems that the script represented incited young viewers to prefer alternative choices instead of the sacrosanct military intervention.
In Rome investigators have broken up a formidable illegal cell, a publishing house who secretly was printing material scabrous praising the respect for human rights.
In the center of New York a policeman was attacked by the words of a retired lady while he was rightly shooting the seventh bang at an African American guy who dared to forget to indicate the turning on the left. For the record, the woman would have exclaimed: "Stop it, don’t you see he is already dead?"
In a Berlin street a girl child was stopped, removed from the parents, and delivered to social services on the spot. The little girl was caught by a policeman in the shameful attempt to prevent his dog from being hit by the car of a productive citizen who was late for work, but not his fault. The guilty are the usual bunch of idlers cycling with ecology excuses.
In many African and Asian countries there would be more just as shocking news. Anyway nobody pay really attention to what happens there.
For better or for worse.
Moreover, in these hours some videos have become viral. We recommend viewing only to blind and deaf audiences. Which means: nobody should watch it.
In particular, there are two persons of adverse groups who disgracefully attempt to embrace, a handful of freaks who dare unbalance the natural course of things coming out into the sea in order to get in the middle between the migrants and the right to wreck and even two lovers - who we decided should not even dream of it, starting to kiss.
Gosh!
So that's all.
...
What do you say?
I will never get on the front pages of newspapers around the world with such a story?
Maybe you are right.
With terror alerts is much more easy...