Internet Day 2016 in Italy: from darkness to light

Tomorrow will be thirty years since the advent of the Internet in Italy, since the first connection dates back to April 30, 1986.
Well, after three decades Italy is the country with the lowest number of inhabitants connected to the Internet in Europe, with the most expensive and slowest connection.
So, here is how tomorrow an ordinary man will celebrate the event in the real Italian world... 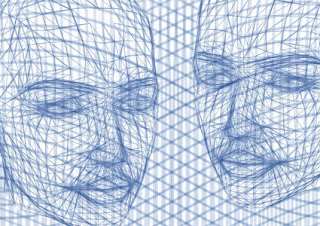 My name is Giovanni, and today is a great day.
You must know that three days ago, after repeated warnings, re-thoughts and various manifestations of forgiveness waiting for my rescue, once and for all the company have disconnected the power in my house.
Now you might say: why is he rejoicing before such a misfortune?
What's the hurry? I would reply. Let me get to the end, and everything will be understandable.
I was saying, finally the electrical source has dried up, but it was inevitable.
If the mountain lips close, therefore the rivers dry up, and then the sea loses its nourishment... okay, I already imagine my wife’s complaints, who says that I always lose myself in useless semantic trills.
Got it, I summarize: I am three years since the end of layoffs, five from my dismissal and exactly one month from the empty bank account.
Now I said it.
Maybe I should start here.
Anyway, now that the situation is clear, we can go to the decisive framing.
I spent the first day in the dark in bed, from sunrise to sunset.
I did not eat and I got up just to go to the bathroom and drink.
No wine, right? I am not a teetotaler, but the wine costs, you know.
Even water, for that matter, but until we will have the fountain in the square, the glass will be filled.
On the second day, just to stop my wife’s grumbling, I emerged from the blankets, the very run-through of the final destination. Probably a mass grave, unless someone reading this will not want to pay us the funeral.
I did not go very far, to be honest. I wandered through the house like a zombie, a metaphor that seems timely, up to land or fall on the couch, where I spent much of the afternoon and evening to wink at my reflection in the now defunct TV screen. Joining the ranks of the victims of domestic appliances, pc and cell, batteries of both and the fridge, hair dryer and even the toaster, which has always had a special place in my heart. In fact, the stomach.
I fell asleep and I had horrible dreams.
O wonderful nightmares, it always depends on the point of view of the beholder, and who tells.
I saw all the stories that I missed in the last few days.
Of death and fear, as usual.
Think about it, because between traditional newspapers and virtual ones, ruler or servant media, desperate social pages looking for clicks or desperate clicks looking for social pages, altruism on armchair professionals and verbal serial killers minutes on toilet, because to write those abominations I can only imagine them in the bathroom, most of the stuff we eat, chew and share accompanying it with little hearts and approving smiles comes from this.
People who takes away life and some others that strive to do the same, poisoning you every day with fear that this misfortune could happen to you.
By taking your life even before that happens.
Especially in view of elections, let's face it.
The morning of the third day of the tragic power interruption I opened my eyes.
Really, as never before.
I got up, showered and shaved for good.
I took my wife’s and my son’s hands.
And we went out looking for you.
"The teacher told us yesterday that today is the Internet Day," murmured the child, who is only four years, as we walked in the sunshine of the new day. "What is it?"
"I don’t know before, even though I was convinced of the contrary", I replied, "but now I do."
It is something powerful, which can be immensely stronger and more beautiful than how it is told.
More of the same words that hold it together.
Or divide.
Because that is Internet.
It is all of us…