Panama Papers: those who are not in

The list with the names continue to be spread by newspapers, day after day, to be sipped with skill, in order to keep the readers glued to the next revelation.
No problem with that, it is a trivial publishing marketing’s rule, just as it is equally obvious the comments by exposed VIPs: “I didn’t now, someone opened an account without my knowledge, behind my back they bought me houses and boats in the tropics, I don’t even know where the pool’s water where I'm reading the slander about me comes from, to be honest.”
That is why I prefer to talk about who are not in that list... 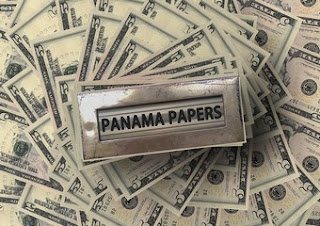 Maybe I am wrong.
That is more than plausible, I make a lot of mistakes, I have behind an entire career made by errors.
However, I am almost certain that the condominium concierge where I live is not in the offshore account holders list. Yes, all right, last week I saw he had a less used sweater than usual and he was also smoking a not among the cheapest cigarettes brand, but maybe somebody had offered it, right?
I guess there are not anyone of the multicultural group of workers that is remaking the road outside my window. It is not for clothing, this time, or the ciggy. I see them breaking their back with such commitment that they should be incredibly crazy to choose such cover for overseas trade.
I am convinced that even my neighbor is not among the wealthy depositors. The man the other day told me with immeasurable light in the face and visceral pleasure in his eyes that, despite the end of layoffs, he managed to find a job for six months.
No way, because you cannot simulate such emotions.
I might even swear that the girl who daily rings to get open way to the coveted post boxes, in order to leave her precious cargo of advertising flyers, is absent from the offending list. It is a job like many others, but I do not think you could become millionaires. Anyway, maybe I'm wrong. It may be, I am most often misleading, I do not deny it.
Nevertheless, I am nearly certain that among the notorious names we will not read about the boy in the bar downstairs, who I see every morning with a filled tray darting between pedestrians and cars like an expert tightrope of the cup. Gratuities can change your day, it is true, but not to this extent.
I am sure, yes beyond all doubt, that there is not the name of my father, or he would still be alive.
I have the impression that there is nothing of the caretaker of the Oratory in my neighborhood, who went reached his own retirement a few weeks ago. Just as the young man who has taken his place. Because it is highly likely that those who can count on multiple zeros checks do not even remember what is an oratory.
Look, I do not want to exaggerate, but I would be practically convinced to exclude most of the people living in my building, as well as all those in the area, as well as the people I meet at discount stores, crushed in the subway or in the queue in the morning traffic, in the vain hope that the return way will be clear, guys on the street trying to sell socks and others who effort to do the same with used books.
All those who now do not live their house anymore, but I know they are there, as I remember them, and because I feel their eyes observing the world that survives during their reflective pause between an unemployment and the other.
I could go on, but I do not want to overdo it, which then increases the chances that I am wrong. And there is nothing strange, I do a lot of stupid things.
It will be perhaps for this reason that I am not on that list either.
Yet, take me well for strange, I am not ashamed at all.
Far from it…