The war of necessary clichés

Today I have two news.
First, I read that thanks to a long search by a US university it was discovered that spanking has aggressiveness as side effect and, second, after the hospital bombing in Aleppo, Syria, 27 dead, including children and medics, Doctors without Borders organization had to remind everyone: hospitals are #notatarget.
Well, let war be, then... 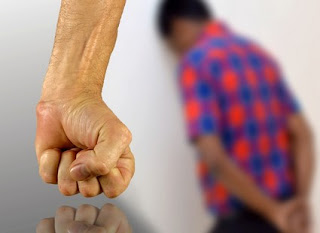 Spanking makes us aggressive.
Yes.
And hospitals are not a target.
Agree.
Listen, while you are there, take a larger sheet and armed yourself with a generous pen and a good dose of patience.
Because even slapping make us aggressive, for your consideration.
As those given to someone else other than the beardless viewer.
The pain can be the same for the latter.
Sometimes even more.
While you are there, add that schools are not a target too.
And, if we could be honest, you may easy write also a generic homes, or huts, shacks and other architectural misery that the world not included in the album of light memories uses to call it like that.
Homes.
Listen, also words can make you aggressive and here I know that one sheet is not enough, I warn you right away.
However, do not worry, if you were to stuck in the so-called writer's block because you will find fertile inspiration in the global whiteboard that dominates, oppresses and invades all, now clogged with insults disguised as jokes and fierce blows where it hurts the most, in the form of the usual electoral skirmishes .
You might find other “not a targets” in all the novels of the world that could have changed the latter, every possible achievement for science that maybe we will never see, any wonderful human expression that make you too, as fellow species, something more than what you were before.
Read it everything, summing up, as civilian casualties.
Indeed, since remaining on the subject, just victims. Because this should be enough for you, in this story.
Spanks, slaps and of course punches, kicks and scratches, sharp or heavy, cruel or indifferent words are all included. But also emptiness make us may do the worst job. Absences where the presence was the least and the not given caress where even just a look would have tacked and pushed the ship into calmer direction.
If you wish to use the supreme gift of synthesis, you may also enclose any hope in this way: life, and where life is, are never a target.
As well as: any affront to that very existence, and where it breaths, make them aggressive. Or even worse.
Here, now, knowing this and if you really insist, you can try to make us war.
Have you ever seen that, later, making peace.
Will be easier…