Japanese missing boy in forest: what I learned

After six nights spent alone the seven years old Yamato Tanooka was found.
The young boy had been punished by parents and left in the woods in Japan.
An experience that, for sure, will mark him forever... 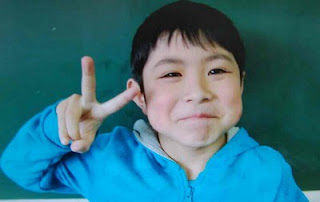 What I have learned.
What I learned is always the most important question.
And it is, equally, the most unexpected answer.
I learned that I am alone.
That I was.
And I always will be in front of the human idiocy, when I will aspire to survive it.
I learned that alone, only alone, I can really understand how much alone I am.
But it will never happen confused between the masks of fear and ignorance that most of the adults show as if they were wearing the best dress.
I learned that once alone you cannot stand still waiting for the left behind world coming up with you.
It does not worth the effort.
And, ultimately, the chances of this happening are slim to none.
Indeed, the paradox is that, where there is a desire to make your path an example for the slow souls, it depends on a mere possibility.
Someone must write it first, that road, and most of the time he or she is an underestimated creature.
Like a child.
I learned that when I will start my travel I will not be less alone.
But I will feel infinitely less.
I learned that going out of the woods is not so important and that stop being alone is certainly not a reason worthy of the name.
Maybe making fell those who are waiting outside less alone is.
I learned to make a world of things, alone.
Not to eat or to brush my teeth and go to bed, as most parents of this world hope for.
Even being a good boy, if this is what you are thinking.
I learned, however, to think alone.
I learned to suffer alone.
I learned to look at things around me, alone.
And I learned to look again closely at everything I am.
Alone.
What I learned, you wonder.
What I learned, of course.
I learned a lot and I did it all alone.
But do not believe that merit is in the voice that screaming scolds and the irate eye that smites you far. Neither the hand that punishes and even less the punishment itself.
Because it would mean that you have learned anything from this story.
The merit is all mine.
Me.
Alone.