What universe you live in?

In only two days, Turkey has been the scene of horrific attacks that have caused deaths and injuries.
Imagine if it happened in any city in Europe or the United States... 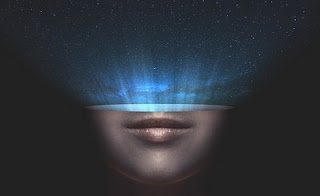 There are many universes, some say.
Some call them parallel dimensions.
Different views and yet cohabiting in the common existing.
So, if this is true, there is a universe where an attack is an attack.
Dead are just dead.
The bad guys are bad and the good ones are what they should ever be.
However, people do not talk about it because they feel some attacks closer than others.
They perceive those dead closer than others.
They see those bad guys more bad than others, although they are the same.
Indeed they love the good ones, but never as much as their good guys.

At the same time, there is also a universe where an attack is just another attack.
If it really happened.
The dead are dead, why to care, then?
The bad guys are bad? Death to them.
The good are good, until they become bad.
And, you will see: there, sooner or later, it always happens.
There is, at the same instant, another universe where an attack always hides another attack.
The dead are dead because they were asking for.
The bad guys are bad because they created them.
And the good are good, all right.
But who are they?

At the same time, there is another universe where an attack never happened.
Because nobody recalls it, so what are we talking about?
The dead are alive.
The bad guys were bad, now players just like the others.
And the good ones will come, someday.
We are still waiting.

You know? Some say that there are many universes.
They used to define them parallel dimensions.
Nevertheless, what happens when you wake up in a universe but when you close your eyes you dream of another?
I am speaking of a universe where an attack is an attack.
Wherever it happened.
The dead are dead, and they ever move your compassion and other feelings.
Regardless of nationality, faith or simple actions they were trying to accomplish before expiring.
The bad guys are bad until the good begins and vice versa.
But then you open your eyes and you would you like to see and hear something else around you.
What universe you live in?