At the press conference during Iraq War Enquiry led by John Chilcot, the latter said a moment ago that a military solution was not the last resort and that former British Prime Minister Tony Blair exaggerated the case for the 2003 invasion.
All this thirteen years after the conflict that, according to Iraq Body Count, caused during the invasion the death of 7,500 people only with regard to civilians, up to more than 600,000 until 2006 for the journal The Lancet.
All this in the days when the attacks in Baghdad have provoked a record of 250 deaths, including many children.
All this and much more. 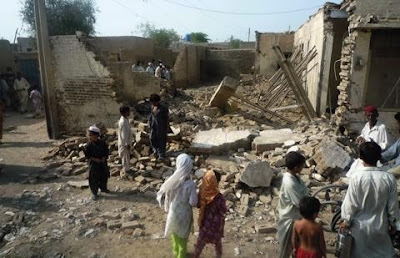 The last resort.
Here it is, the last one.
It is like a cardinal point, a constant, a sign on the road that defines us.
Like the horizon that everyone, like it or not, can only imagine.
Well, provided the fulcrum of the story, decided the basic rules, the game begins.
There are those, lucky them.
There are those who ignore the last resort.
They ignore it because they do not know the words either.
Last resort.
The only single terms are familiar, but together they become something stranger.
As civilian deaths or war survivors, so to speak.
There are also those who have the misfortune of having to learn how to handle them from an early age, to pronounce them fearlessly with the heart, rather than with the mind.
Nevertheless, the fate is uncertain and sometimes discouragement takes over as when understanding the last resort in the most exact way, as in the case it concerns you personally, by no means implies that you might somehow be able to prevent the worst.
A mocking narration wants, in fact, that the remote control is in the hands of others.
Often, even those of the first case, the lucky ones.
Then there are people who strictly live at very brief distance from it.
And in that short and crowded sliver path everything happens.
However these are similar descriptions.
The last dinner between two fasts and the last embrace between many farewells.
The last smile between never too many smiles, because it should never be missed.
Before the last resort shall sweep away everything.
Pause, now.
Take a breath, close unnecessary thoughts and distractions by the less noble senses.
So let's go over the aforementioned reference.
And let’s look at them.
Those who may see the last resort only turning back.
When the story was already written, despite missing the one who really lived it.
When the story has already been told, though there is no trace of those who really want to understand what having lived it means.
The time just passes, from here on.
Words and words.
An immense heap, a smelly mountain of meaningless arguments.
As last resort.
For those who, a long time ago, it really was so...