Nigerian refugee beaten to death in Italy: there is a place

Emmanuel Chidi Namdi, a Nigerian asylum seeker, was beaten to death after trying to defend his wife from a racist attack by a right-wing man in Italy. 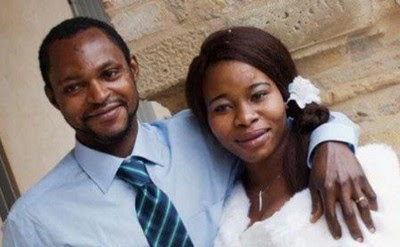 There is a place.
I know it exists.
And you know it too.
There is a place where a man is killed for the color of his skin, period.
Without further words, silly chats, or even lies.
A place where the culprit is the killer.
But he is not alone.
Guilty are also those who every day exploit and insult, abuse and manipulate, for only personal gain or solely for a simple outburst of the moment, the most vulnerable skins.
Along with the murderer and all of them are guilty as well those who do nothing to oppose, remember the infamous, appalling silence of the so-called good people.
They do, maybe even more, those who pretend to do something, with the sole purpose of continuing to take advantage of the case in their favor.
Because this is the color of the skin.
Only a lucky, or just the opposite, result of chance.
On this same path, I tell you that this place exists even for those who at the proper time declared wrong wars, the only possible ones.
War crimes, the used to call them.
But they are not alone, aren’t they?
Because there is a place where are guilty even those who sang the chorus of warmongers.
Those who, in times even more responsible, irresponsibly gave their vote to the sellers of death.
They are guilty too, those by the easy white card.
As those who have not taken to the streets when their voice was needed.
All are guilty, no one will feel less, those who have done it, but then they forgot or, even, they felt ashamed of.
That is a big and busy place, I know.
That’s way I know it exists.
And for the same reason you know it too.
Because there live men who use violence against women and children.
There are many, an awkward number, if you do not consider just the arrogant and depraved hand, but also words and allusions, misleading phrases and lots of quiet gestures, almost invisible.
Anywhere, of course, but not there.
There you see everything.
There is a place, I know it's there.
A place where the culprits are many more than those who are portrayed in the newspapers for a day or two.
I know it and you know it too.
Because that place is called consciousness.
Social conscience, if it is more familiar now.
Blessed are those people who occasionally visit it...