Hi, Joan...
Dear Jenny, finally. Everything good? I hope so, because I just passed a day you cannot figure.
Tell me…
Well, listen, yesterday was even worse, but why should I tell you…
Don’t tell me, then...
Are you kidding? That’s precisely the point! Yesterday was disgusting, it could happen, but today I wanted to talk about with someone, you know? You know?
Yup…
So I went to mom and I told her that I wanted to talk about my boyfriend… and?
And?
And she started speaking about the young girl she was, her first sweethearts, then she always ends up crying, because during the old times she went out more, to dance and have fun, and now she always feels tired, and so on... but what about listen, uh?
Yup…
So I went to dad.
And how was it? 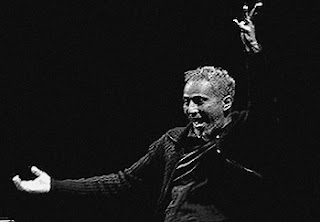 Worse! He didn’t even let me breathe. He began to rant about my boyfriend, he wanted to punch him, his father, the whole family, his classmates and even Uncle Frank, mother's brother, because he never makes his business. But what does Uncle Frank have to do with it? Does it have anything to do?
It doesn’t…
Yes right. So, sign of evident despair, I knocked on Mike's room.
Your brother?
Who else? I only have one... but you listen to me, at least you?
I'm here, Joan...
I see it, I see it. Then, I asked him to turn down the music, and I told him if he had a moment for me. He didn’t say a word, I took it for a yes and I sat on the edge of his bed, while he was staring at me disgusted as if I were dunging his sacred kingdom. In any case, taking advantage of his silence, I began to talk about my boyfriend. Well, in not even two seconds he started as always: “I told you, I knew it, I had understood from the beginning…” but he was obviously talking about him.
Who?
Him, himself, Mike, because he always talks about himself, because he never listens, nobody listens to anyone, and so on...
Then what did you do?
I went out.
Good...
Do you want to know where?
I guess you're about to tell me...
Grandma, can you think about it? I went to talk to a ninety year old woman with the fifth stage Alzheimer's! Do you know what that means?
I assume you are about to tell me that too…
Are you making fun of me?
No…
It means moderately severe cognitive decline.
Well, moderately, though... and how did it go?
How the fuck do you think it's gone? I sat next to her on the couch, I told her: “Granny, I'm having problems with my boyfriend…” and she started singing, do you see? My grandmother was singing, I was there, afflicted by my love failures, and the old woman smiled at the top of her denture and sang loudly. Do you know that she’s also out of tune?
I didn’t know…
And now you know it.
Wonderful…
Luckily, you’re there, you listen to me, Jenny, otherwise I would not know how to do it.
I see…
Well, now I have to run, sorry if I got here late, the time of visit is over, I didn’t even know you had a cancer. See you soon, then.
See you soon…