When my son opened his eyes


Yes, I know, it's wrong.
A mother shouldn’t do that to another mother.
She should understand.
I apologize, I beg her pardon here, on this page, hoping she’ll read it, I can’t do more of that, but it was stronger than me.
When she told her daughter loudly that the teacher had complimented her beautiful blue eyes, I couldn’t control myself.
I shouldn’t say those dirty words, I know.
I say again, I am mortified, but...
Is it possible that I always have to understand others?
Is there a moment, like a sort of day dedicated to us, mothers of different families, in which the rest of the world must understand us?
Let's do that now, then, inside this short story, which has got its favorable outcome the moment I entered the doctor's office to take my Matthew and I found the man standing on the desk trying to do the juggler with his pens.
I thought my child had problems…
And what problems...
What's up with the kid? The most frequent question. 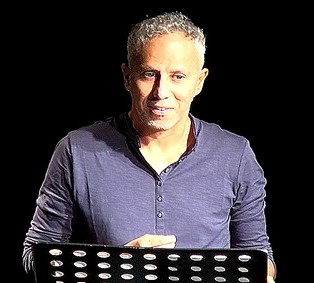 Is he blind? The most obvious one.
He's afraid? The less founded.
He has no problem, he's not sick, people.
Simply, my son has got his eyes closed. He sees us perfectly, maybe even too much, but he keeps his eyelids lowered most of the time.
I tried everything, with my husband we tried in every way to communicate with him, and although he is only seven years old, Matthew is perspicacious, he understands all is happening around him.
Perhaps the peculiarity of the stunt in his young age is due to that, as if the most complex souls made more noise falling down.
So, the PSY’s procession began, as my mother-in-law calls them, never stopping to insinuate that there is nothing serious in the nephew, pointing a finger on the maternal education, where latter adjective eloquently elucidates the target.
No results, between those who honestly gave up, and those who took advantage of the mysterious self-blindness to continue getting the fee.
Then, at a dinner with friends, a strange and new entry girl as the nth my brother’s fiancée talks about a particularly nice psychologist.
I asked: is he good?
No, she answers, but it makes me laugh, and that's good, right?
Despite zero confidence in the future, I went to this therapist with the sense of humor, I left Matthew to him and I sat in the waiting room to pretend reading a magazine, as most of the shy people like me do.
Suddenly I heard a bang coming from the office, like some broken glass.
I opened the door wide and saw the fragments of the penholder on the ground and the above scene.
It took me a few seconds to understand, to smile again and fully understand.
My son has his eyes closed because in there he shows the courage, which most of us don’t have, to face the darkness and to colour it with wonderful lightness.
The crazy doctor will not be a genius of psychoanalysis, but he understood it right away.
Thus, my son has opened his eyes.
And finally, I opened them too.