She’s crazy.
This is what most people think, at first sight.
They could stop there, in many, because this is the most fashionable style, nowadays, in the realm of digital hurriedness.
A glance is just enough to decide one's destiny and even more.
Then someone approaches the still girl who has long since been indefinite, concentrated as absent, kidnapped by something indecipherable with a quick eye, as it has been said.
The bravest one tries to get her attention calling her, but it's all useless. 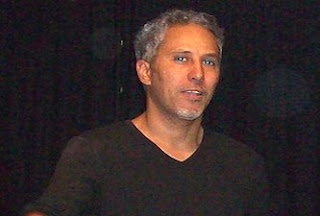 Almost everything is, when what is left is all for you, she seems to say with the far and vague body.
Is she on the phone? Asks someone else just coming.
A collective kidding laugh covers the latter.
Do you really believe you're the first to have thought it?
Where do you think you've lived, so far? Among people so fearless to prefer surprise instead of public acceptance?
Speaking of courage, that is alleged one, another guy still dares and tries to awaken the strange asleep girl with a shy touch of her right shoulder, to be precise.
Same as above.
The wrong creature, in posing and context, reacts like a statue that not only misses the word, but everything.
All that makes the human beings recognizable under the sun.
She is completely still, in the middle of the bustle of lives anxious to get to the starting point and leave again.
The lips are tight and there is no trace of any chatter to simplify the thought for the imperial, viral void.
The look is far from any carrot put up for sale by the pusher of likes and her limbs prove to be invulnerable before the populist stick.
The thing becomes unbearable for some, before, and many, later.
So, someone - because there is always someone who makes the infamous act that everyone else has more or less unconsciously evoked.
The silly man takes a stone and throws it at the irritating lady.
Fortunately, he is aimless as brainless and the pebble produces just a slight breath on her hair.
She's crazy, I told you, sentenced the very first one to speak.
Because according to the modern popular thought only mad people could risk their own safety for the right to be themselves.
So, slowly, the dull crowd thins out, and the strange girl, indomitable and undeterred, continues to read her book... 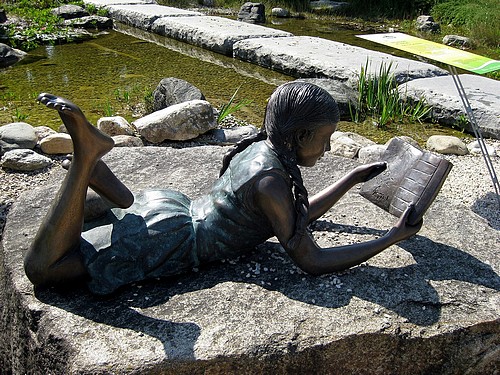