It's a beautiful, early summer day.
The sun is hot, but not too much, the current season keeps its promises, as the forecasts did the night before.
On the other hand, as Mary always says, can we allow a cell phone voice, even if it told with perfect phrasing the meteorological indications, to decide what to do with our time?
In any case, therefore, in the early hours of the morning of that holy Saturday she would have loaded in the car umbrellas, buckets and pallets, as well as complete sonship, to go to the nearest beach.
However, nowadays you are no longer protected from them.
The human antivirus, self-enlisted in the ranks of the guardians of global security.
In fact, as soon as the woman has placed the food on the towel for a quick snack, as an intermediate step between a dive and yet another sand castle, the alarm triggers: attention, danger, check the borders of the towel, patrol the sacred edges!
"Who's talking?" Asks Matthew, five years old, in the midst of an irrepressible need for answers.
"Don’t worry," tries to reassure his mother. "Eat the tart." 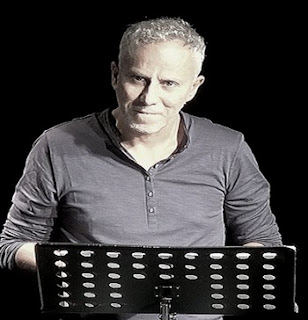 Nonetheless, the warning becomes louder: be careful, they are coming, they want to occupy your space and steal your food!
"Who does he refer to?" Sylvie asks, seven years old, in other words in the midst of an irrepressible need for answers, detailed too.
"Ants," the elderly sister Paula explains, twelve years old, that is, in the midst of an irrepressible need to give answers, detailed or not.
"Who wants some orange juice?" Asks Mary, as usual, able to anticipate her children’s real needs, the trademark of every mother and, as an exceptional mutation, also some fathers.
The drink quenches the family and gives it the right charge to abandon the cloth to its destiny and work on the ascent of the alleged unreachable record of eight ball passes without letting it fall.
At the same time, as frustrated by their nonchalance, the desperate call becomes even more acute and heartfelt: arm yourself, defend the cloth from uncivil hordes, they are not like us, they are beasts, they want to destroy everything, they envy our crumbs, they think just eating and having children...
So, unheard, the message turns on hallucinations: they want to enter our ears at night, and then assault the brain and make us like them, if we do not stop them on time we will sprout antennas and we will all live underground, eating leaves and carrions of animals...
Until it becomes offensive: be ashamed, friends of the termites, why don’t you take one of them at home instead of doing the usual feel gooders? That’s easy talking to the shelter of your umbrella, with the full bucket and the clean scoop...
In the meantime, the family succeed in the goal and eleven dribbles are celebrated as a memorable triumph.
"It takes a good ice cream to celebrate the event," Mary suggests.
Degenerate female, at that moment the unpleasant presence barks, you’ll leave those beasts gnawing the pistachio from your own children’s fingers...
"Mom?" Asks Matthew, five years old, still little, but already able to grasp of modern life’s contradictions.
"Yes, dear?"
"Why is this man afraid of ants? I've never seen any on the beach..."
"What man?" Asks Silvia, seven years old, in other words still very young, but already able to grasp how paradoxical modern life’s contradictions could be.
"There is no man," replies Paula, twelve years old, not yet an adult, but awake enough to understand that such paradoxical contradictions are anything but modern. "It's just the wind, today it blows from the city to the sea..."
Bringing with everything, including strides of smog and delusions.
"Fortunately, today is a beautiful day and it's sunny," Mary thinks. "We'll be fine, I know."
Because we will not be fooled anymore.