"So, kids," the teacher exclaims, "you have finally arrived to fifth grade, next year you go to high school."
The woman makes a rundown of the students, their faces, eyes and smile’s design, more or less enthusiastic.
The reason is trivial, because the coming year and every moment that awaits the young lives entrusted to her is tinged with emotional tones of absolute heterogeneity. Some are anxiously waiting for the imminent afternoon, because they will finally meet their cousin, fresh from birth and tears, and diapers, and milk powder... and luckily we have already moved on that, the teacher thinks with relief.
At the same time, among them, there are those who wait for the recreation to enjoy the tomato pizza torn from mommy, between the usual biological snacks, and those who would never want to go home, unless accompanied by the Avengers, Harry Potter and Jack Sparrow all together, but even a social worker would do well, if they knew what it is, and so on. 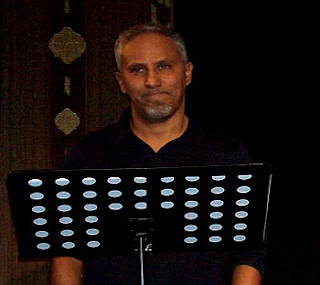 Nonetheless, after the above overview, the teacher stops the spot of her visual camera on the two at the last desk on the right, perhaps not a random place.
As it has been for most of the past years, they liked each other from the beginning and since the very first day of school they became inseparable, even going so far as to neglect all the others. As if for both the class were just the other and vice versa.
"You," the teacher calls, trying to get attention, since they are the only ones who have not reacted to her words with a rag of participant expression, "are you ready for the last round?"
"Yes, it's clear," one says.
"Of course, what question is this?" Agrees the other.
A bit irritated by the common arrogant tone , the woman relies on the school power in her hands.
"Did you make the task for today?"
"Right, that’s obvious," says one.
"Are you kidding?" The other replies.
"Then," says the teacher, quoting the topic, "who do you want to be when you’ll grow up?"
"I will try to understand how people are made," says one, "but not all people, I’m talking about most of them. Not what they think most, but what they want more and what they would do anything to have it. So I'll try to find out what most people are afraid of and what makes them angry, what makes them sad and what makes them do bad things."
"And what will you do with all that?"
"Are you really asking me this? Once I’ll know, I'll use it."
"For what?"
"To rule that majority of people and make them do what I want."
"This is what you want to do when you’ll grow up?"
"Sure, everyone would like it, in my opinion."
"Almost all," the other intervenes.
"Right," approves the first one.
"Why," says the teacher, "what would you do?"
"I will be among that majority of people he wants to command and I will tell them that if they want to talk to each other, get to know each other better, meet each other, and above all make friends with everyone who thinks exactly like them, I am the righty guy."
"I ask you the same thing: for what purpose?"
"What a stupid question: in my way nobody will talk to those who think differently, so no one will argue and everyone will agree with those they get along with."
The woman begins to understand their desires and observes the two with a shaky expression, between confusion and restlessness.
"Dear kids, are you really convinced about who you want to become?"
"Of course," one says, "when I grow up I will be a populist."
"And I will be a Social Network," replies the other.
"A perfect couple," the teacher thinks trying to find hope concentrating her gaze on the rest of the classroom...