Things I need and do not need

September 20, 2018
Things I need and do not need
By
Alessandro Ghebreigziabiher


Why you bring bracelets to dinner? Aunt asks.
Mom smiles, Dad shakes his head.
You don’t need them, grandpa says. You do not need those things at seven years old, Beatriz.
Mom now laughs, also aunt, uncle too.
And dad? He always shakes his head.
How can he do it with that stuff on his face?
Because I pay attention to... what is that difficult word that the teacher explained the other day? One moment, I wrote it in the notebook that my brother gave me, I'm going to read. 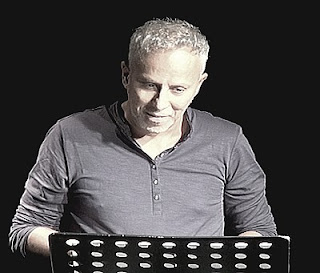 Here you may put the words that you don’t understand and that you like, Steven explained.
Found it: contradictions.
I really like it, in fact.
It means that one thing has nothing to do with the other, they might be contrary too, and yet they are together, very close.
Are the contradictions dangerous? Fred asked at school, the child named Fred, but he is Chinese, not to be confused with the other Fred who... I don’t know where he comes from, but he is not Chinese, I’m sure about that.
Anyway, you know what? We are never say that Fred, the former, is Chinese. To us, they are Fred one and Fred two. The parents, they are the ones who, when we talk about them, always ask us: which Fred? The Chinese one or the other? And we understand.
We understand that we don’t need that, they do.
Well, I want to make a list.
Title: things I need.
Here are the things I need, but maybe I don’t need to say this, because it comes after the title, but now I said it and let’s go forward.
Mom and dad, first mom and then dad, that’s just what mommy suggests, and dad... right, he shakes his head. Then, the floor, otherwise we end up on the garage machines, because we're on the ground floor, and so we need the ceiling too, because without it the new neighbor on the floor above falls down, and it's trouble. I've never seen him, but his walking makes a lot of noise and he must be very heavy and very gigantic.
No, gigantic no, says mom, maybe it's better to use another word, maybe more common, dad explains shaking his head, but sometimes the best words to say things are strange and that’s why we’re so afraid to use them, that’s what I think.
I continue with the things I need
The light next to the bed, for many occasions: when I read, when I have bad dreams, when it rains hard, and when... wait a minute. There must always be a reason not to stay in the dark? Could we take it off, the darkness?
Okay, I’ll put it with the things I don’t need, later.
Other things I need: the bread to accompany the vegetables, so it hides the taste, the calm sea, the grandma's terrace with pigeons, pigeons, and grandmother too.
That’s everything, I think, the main things.
Now let’s go to what I don’t need.
Title: things I don’t need.
The dark, I told you, I am always sincere, mum smiles, dad shakes his head, never the opposite, because they are a contradiction, but those that love each other. I don’t even need the ants that come when the crumbs fall... but, wait again, I'm having a doubt. I don’t need ants, but maybe someone else do. Maybe to the spiders that eat them. It's important, this thing, I think. This is something I need a lot, I guess. Knowing that when we say that something is not needed, we must not think that it’s the same for everyone. That we are not everybody.
We are not everybody, this is something that I need a lot, says mom, dad doesn’t shake his head because he is in the bathroom and has not heard, and I write it.
To write! Writing is something I need, the pen too, and the sheets, the table, the chair, they are all connected, I could go on forever.
In the end I would say that forever is something that I need, so I’m never tired of discovering new things.
But among all the things that I don’t need, I put one and I'm sure that this time mum will smile and dad will shake his head.
The beard, dad, beard is not useful at all.
It Just pinches.
Oops… I was wrong.
Mom smiled, but dad too!
So even the things that I don’t need make us all happy.
So, maybe, it's not true that we do not need them, right? 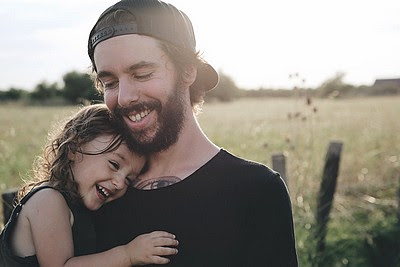