The woman was desperate and confused.
There was something wrong, in this, that is what the reason whispered.
Nevertheless, we used to know that for many, too many, of this world, rationality is a too cumbersome luggage to travel with.
Paul smiled at her while he crawled into the room, although the verb did not seem right to her, like so many of the language she had had to learn out of necessity and love for the future.
The ten months child who she lived most of her daily life with did not seem ‘moving slowly across the floor on his hands and knees’ - as the dictionary said.
The live who allowed her to eat, in a perfect mutual donation, was nicely clumsy in his actions, but because overwhelmed by a very healthy curiosity of the unknown beyond the centimeter that divided him from the infinity.
He was in a hurry to live new moments and touch misunderstood perfections.
There was something immensely right, in this, that’s what her heart suggested later, and she could not help but agree.
However, the suffer in her chest did not diminish, far from it.
She did not lose sight of Paul, not even for a fraction of a second, but with her free hand grabbed the cell phone and she began to call all her small world.
Wrong or right, it should not have happened at that time.
Not like that.
Not with her.
Not after the outburst heard by the true protagonist in the opening credits, as in the queues. 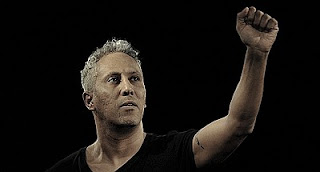 The main star on the poster.
The one who is first interviewed and then applauded.
Right or wrong, since the world is the world, and not heaven, the extras do not deserve flashes.
They have no name or even face.
They all serve to the primal cause and, where they have a voice, it is a negligible and unrecognizable sound among the many.
They appear and disappear in the living plot of modern society.
However, they receive the compensation that is due to them at the end of the day.
They should not complain, but be happy with having something more than nothing.
This what the script recites, that is, the small written warnings for the equally elementary souls.
Here is what crime she felt and thought she had done, even if she had just been there, in that wonderful moment.
She had violated the sacred rules and could not help thinking back to the words she had taken the night before.
The shining dive was complaining to the male co-star.
She was mad at with him and the whole world for the injustice she felt she was suffering.
In short, below, the conclusion.
Paul's mother returned home first and, when the caregiver decided to be brave and confess the terrible violation of the terms foreseen from the human decree, even the father came home.
Well, everyone is here, she thought, even if wrong, it's right to be honest with yourself.
It is a vocation to extras of this world they can’t really renounce to.
"Madam, I have to tell you something," said the woman in front of the landlords, with the child sitting on the ground behind her. "I'm very sorry, but this morning Paul looked at me, smiled and..."
At that exact moment, the scene was subtracted from the beginner actor.
"Mum!"
The concerned person, at least on paper, was immediately shocked. She pushed the caregiver to the side with abrupt gentleness and threw herself on her knees before his son, followed soon after by her husband, who, unlike his wife, had already listened to the long-awaited little word that was due to him.
"Did you hear, honey?"
"Yes, my love."
"He said mom!"
"Yeah, he did."
The other woman, a minor character in the background of the main frame, suddenly felt relieved and taking advantage of the expected scheme, tried to leave the scene.
"Fatima, wait", Paul's mother called. "What did you want to tell me?"
"Nothing, madam, it’s not important. See you tomorrow."
A moment later the parents were again all eyes and smiles on their son.
"Come on, Paul," her mother begged him. "Say it again, say it..."
The child did not wait.
And staring at the door closed beyond the two, he exclaimed the magic word, wrong or it should be.
Mum.