The land of damned laws


"Hello," says the newcomer, "I am a law."
"Of course you are," replies the other at the entrance, "here we are all."
"Why am I here?" Ask the first one. "And above all, where is it, here?"
"Follow me," the other says preceding him inside the land where all of them, sooner or later, end.
"See the one who barely walks along the steep slope?"
"Yes, I see him well. But why does he have chains on his feet and hands? "
"Because he is the law that allowed men to create slaves, selling and buying them them as if they were just goods."
Because there was a time when all this was legal, says the silent counterpoint note.
A few steps and another inevitable question.
"Who is that poor guy, immobile in the square, with his arms tied behind his back and his ankles equally tight?"
"He is the law that forbade women to vote and speak in public, to be elected and to take any other action that was instead guaranteed by rights to men."
Because there was a time during which such abuse was legal, the tacit echo entrusts to the wind.
More few meters, in the bizarre place and the interrogation continues. 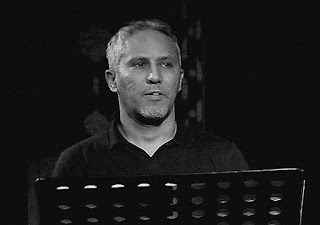 "What about those unfortunates, one behind the other with their heads bowed, forced by as many jailers to march towards the darkness on the horizon?"
"These are the laws that in the past history have allowed the most despicable kind of humans to systematically exterminate their own species for their origins and their beliefs."
Since there was a time, and perhaps there is still, when this abomination was legal, that’s the invisible as precious caption to the sad scene.
Further journey into the mysterious elsewhere and a new question is asked.
"What are the cries coming from that building?"
"Those are painful voices of such an unjust nature that they are indigestible even to say the name."
"Tell me, I still want to know."
"But you know them, you already know the answer, because you're guilty of the same question."
The latest arrival in the grotesque community approaches the palace above and lends ear with greater effort.
A few moments and suddenly he seems to fade, almost disappearing between the panic of his face.
"Exactly", says the other. "At the bottom of your heart, you know perfectly the laws that have made children beating as an inviolable right of the monster called master and doing likewise with their wives a privilege of the ogre disguised as a husband."
"But the screams are a lot, too many..."
"Yes, you're right, because inside that damned building there are also the laws that have granted to the ruler government, as the institution deputized by the latter, to become whip and nails, cold prison and hot oil, dagger’s tip or simple hammer, to slowly devour the martyr, unfortunate body. "
Because there was a time when such infernal practices were authorized by the law, murmurs the bitter under text to the disturbing paragraph.
"Who are you?"
"I am the worst law, the missing one, the law that sinned with ignorance and infamous complicity, despite having the basic requirement to remedy the granted crime. Because I am the law that could have saved billions of innocent lives, but that no one has even had the courage to write."
"What is your sentence?"
"Knowing you all and tearing into eternity in the irrepressible remorse."
The new presence in the land of damned laws slowly begins to cry.
"You, instead," demands the law that could have done justice with all the others. "Who are you?"
The other raises his face streaked with tears of scorching shame and thus replies: "I am the law that today, right now, allows entire nations, even continents, to treat other human beings as creatures of lower right and value, to use words like immigrant and illegal to mark and possibly stain them, to dehumanize, imprison and torture them with impunity, erasing their past, present and future as insignificant times in the human calculation. As if it were normal and civil, tolerable as modern practice."
Because there was a time, and it is now, when all of that is legal...